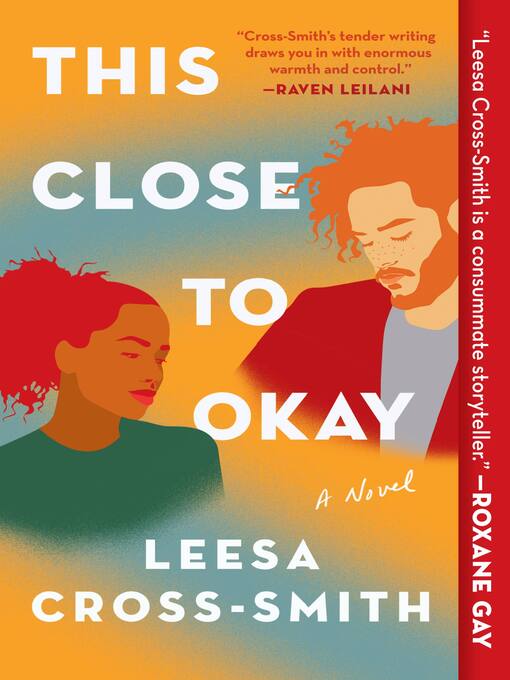 This Close to Okay

BOOK OF THE MONTH DECEMBER PICK * GOOD HOUSEKEEPING BOOK CLUB FEBRUARY PICK * ONE OF THE MOST ANTICIPATED BOOKS OF 2021 BY ELLE, TODAY (ACCORDING TO GOODREADS),THE MILLIONS, AND REAL SIMPLE * RECOMMENDED BY REFINERY29, MARIE CLAIRE, GLAMOUR, ELECTRIC LITERATURE, AND MOREA powerful, vibrant novel about the life-changing weekend shared between two strangers, from the award-winning writer Roxane Gay calls "a consummate storyteller."On a rainy October night in Kentucky, recently divorced therapist Tallie Clark is on her way home from work when she spots a man precariously standing at the edge of a bridge. Without a second thought, Tallie pulls over and jumps out of the car into the pouring rain. She convinces the man to join her for a cup of coffee, and he eventually agrees to come back to her house, where he finally shares his name: Emmett. Over the course of the emotionally charged weekend that follows, Tallie makes it her mission to provide a safe space for Emmett, though she hesitates to confess that this is also her day job. What she doesn't realize is that Emmett isn't the only one who needs healing—and they both are harboring secrets.Alternating between Tallie and Emmett's perspectives as they inch closer to the truth of what brought Emmett to the bridge's edge—as well as the hard truths Tallie has been grappling with since her marriage ended—This Close to Okay is an uplifting, cathartic story about chance encounters, hope found in unlikely moments, and the subtle magic of human connection.