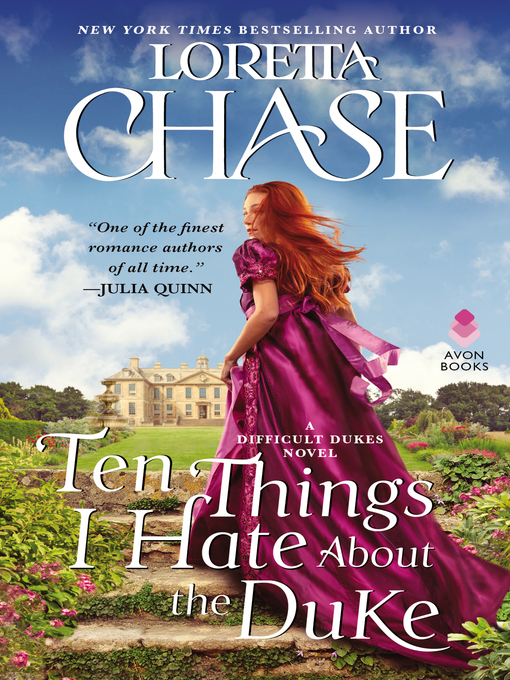 Ten Things I Hate About the Duke

USA Today bestselling author Loretta Chase continues her Difficult Dukes series with this delightful spin on Shakespeare's classic, The Taming of the Shrew.This time, who's taming whom... Cassandra Pomfret holds strong opinions she isn't shy about voicing. But her extremely plain speaking has caused an uproar, and her exasperated father, hoping a husband will rein her in, has ruled that her beloved sister can't marry until Cassandra does. Now, thanks to a certain wild-living nobleman, the last shreds of Cassandra's reputation are about to disintegrate, taking her sister's future and her family's good name along with them. The Duke of Ashmont's looks make women swoon. His character flaws are beyond counting. He's lost a perfectly good bride through his own carelessness. He nearly killed one of his two best friends. Still, troublemaker that he is, he knows that damaging a lady's good name isn't sporting. The only way to right the wrong is to marry her...and hope she doesn't smother him in his sleep on their wedding night.