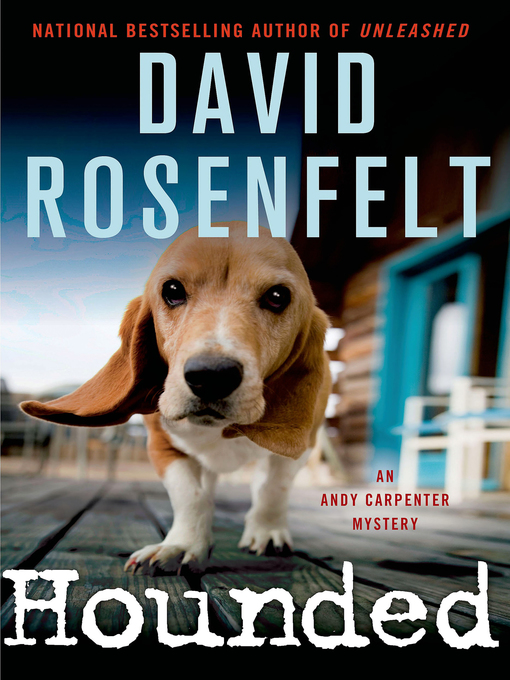 Andy Carpenter isn't sure what to think when he gets a mysterious phone call from a good friend, policeman Pete Stanton, asking him to drop everything, drive to an unfamiliar address, and bring his girlfriend, Laurie Collins. He certainly isn't expecting to show up at a crime scene. But that's exactly where he arrives—at the house where Pete has just discovered the body of ex-convict Danny Balfour. Upstairs are Danny's now orphaned four-year-old son and basset hound. And that, Andy discovers, is why he and Laurie were called to the scene—Pete wants them to take care of the boy and the dog so they won't get thrown into the "system." This is already asking a lot, but soon Pete needs another big favor from Andy. Pete himself has come under suspicion for Danny's murder, and he needs defense attorney Andy to represent him...and to find out what really happened in Danny's house that day.David Rosenfelt has done it again. Told with his characteristic humor and wit, Hounded is at once a heartfelt story about family and a page-turning legal thriller.