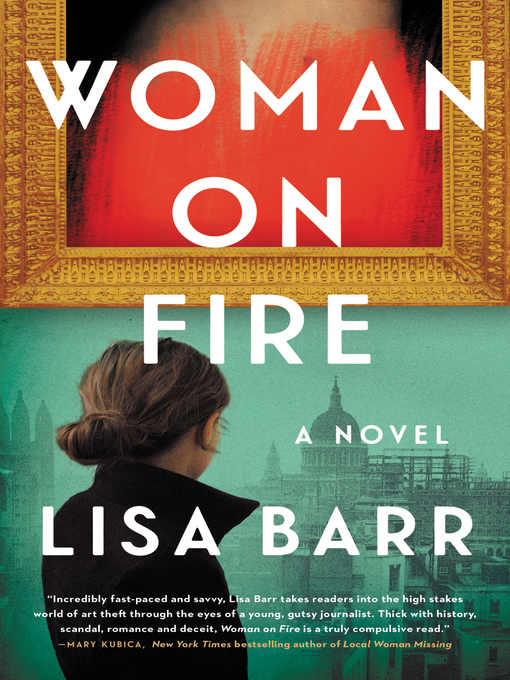 Woman on fire a novel

From the author of the award-winning Fugitive Colors and The Unbreakables, a gripping tale of a young, ambitious journalist embroiled in an international art scandal centered around a Nazi-looted masterpiece{u2014}forcing the ultimate showdown between passion and possession, lovers and liars, history and truth. After talking her way into a job with Dan Mansfield, the leading investigative reporter in Chicago, rising young journalist Jules Roth is given an unusual{u2014}and very secret{u2014}assignment. Dan needs her to locate a painting stolen by the Nazis more than 75 years earlier: legendary Expressionist artist Ernst Engel's most famous work, Woman on Fire. World-renowned shoe designer Ellis Baum wants this portrait of a beautiful, mysterious woman for deeply personal reasons, and has enlisted Dan's help to find it. But Jules doesn't have much time; the famous designer is dying. Meanwhile, in Europe, provocative and powerful Margaux de Laurent also searches for the painting. Heir to her art collector family's millions, Margaux is a cunning gallerist who gets everything she wants. The only thing standing in her way is Jules. Yet the passionate and determined Jules has unexpected resources of her own, including Adam Baum, Ellis's grandson. A recovering addict and brilliant artist in his own right, Adam was once in Margaux's clutches. He knows how ruthless she is, and he'll do anything to help Jules locate the painting before Margaux gets to it first. A thrilling tale of secrets, love, and sacrifice that illuminates the destructive cruelty of war and greed and the triumphant power of beauty and love, Woman on Fire tells the story of a remarkable woman and an exquisite work of art that burns bright, moving through hands, hearts, and history.