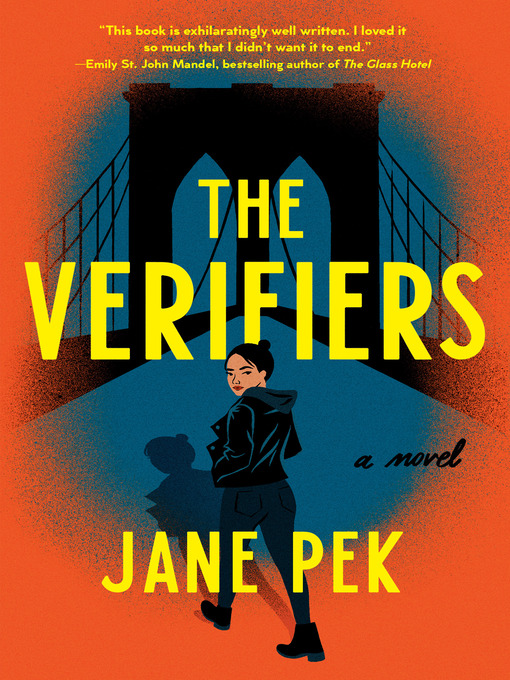 The verifiers a novel

"Claudia Lin is looking at a cliched post-college future as a chronically underemployed English major--much to the consternation of her mother, who wants her to settle down and start dating a nice Chinese boy already; her brother, who pushes her to follow in his model-minority footsteps; and her sister, who can't get over Claudia's privileged place in their mother's affections. But Claudia is used to keeping secrets from her family. Such as the fact that she prefers girls--and that she's embarking on an unsuitable but supremely fun career. Veracity, a two-and-a-half-person detective agency that operates out of a Manhattan townhouse and verifies people's online dating personas, has recruited Claudia via an online murder mystery game. A lifelong reader of mystery novels, Claudia takes to her new job sniffing out cheaters and catfishers like a latter-day lovechild of Elizabeth Bennet and Sherlock Holmes. But when one of her very first clients turns up dead, Claudia breaks with Veracity's protocols to investigate what happened, unconvinced by the story everyone else believes. The deeper she digs, the more she discovers that nothing--her client, the death, the dating platforms that claim to know us better than we know ourselves, Veracity, even her own family--may be as it seems. Part literary mystery, part family story, The Verifiers is a witty and incisive examination of how technology shapes our choices, and what role romantic love plays in the digital age."--