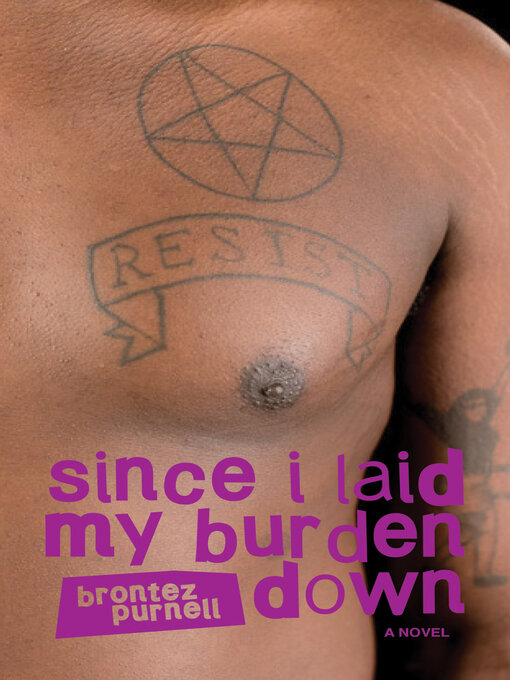 Since I laid my burden down

""Brontez is a raw tongue of flame blazing through all the blatant fakery and insincere bullshit of today's gay/music/human scene. This audacious non-memoir burnt the hair off the back of my neck and had me rolling with glee." -SF Guardian on Johnny Would You Love Me The adult DeShawn lives a high, artistic, and promiscuous life in San Francisco. But when he's called back to his cramped southern hometown for his uncle's funeral, it's inevitable that he'll be hit by flashbacks of handsome, doomed neighbors and sweltering Sunday services. Amidst prickly reminders of his childhood, DeShawn ponders family, church, and the men in his life, prompting the question: Who deserves love? Since I Laid My Burden Down is a raw, funny, and uninhibited novella that traces a queer black man's sexual and artistic awakenings as he stumbles-often painfully, sometimes joyously-down memory lane. Brontez Purnell is author of the cult zine Fag School, frontman for his band The Younger Lovers, and founder and choreographer of the Brontez Purnell Dance Company. He was a guest curator for the Berkeley Art Museum's L@TE program, honored by Out Magazine's Hot 100 List and Most Eligible Bachelors List, and most recently won the 2014 SF Bay Guardian's Goldie for Performance/Music. His previous books include graphic novel The Cruising Diaries, and a novella Johnny Would You Love Me (if My Dick Were Bigger)"--