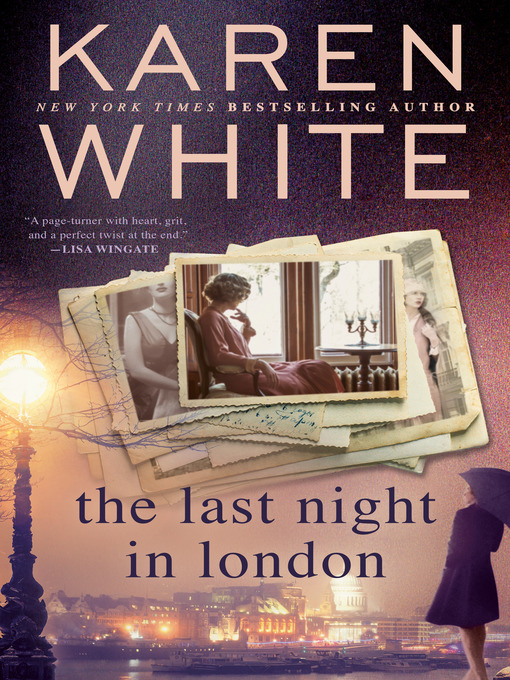 The last night in London

"New York Times bestselling author Karen White weaves a story of friendship past and present, love, and betrayal that moves between war-torn London during the Blitz and the present day. London, 1939. In a city on the brink of war, beautiful and ambitious Eva Harlow and her best friend, sweet Southerner Precious Dubose, are young models on the rise--and a duo as close as sisters. But when Eva falls in love with Graham St. John, an aristocrat and former pilot, she finds herself slipping into a web of intrigue, spies, and secrets. Her journey will test the limits of her friendship with Precious--and the mettle of all Britons as the Blitz devastates their world, snatching in an instant all they hold dear. Eighty years later, in 2019, journalist Maddie Warner, whose life has been marked by the tragic loss of her mother, comes to London to interview Precious. Maddie has been careful to close herself off to love, but in Precious she recognizes someone whose grief rivals her own--and whose wisdom may teach Maddie how to navigate her relationship with Colin, Precious's shy and handsome surrogate nephew. But first Maddie will have to unravel Precious's many secrets--the unremembered acts of glory, love, and betrayal that have haunted her for more than fifty years"--