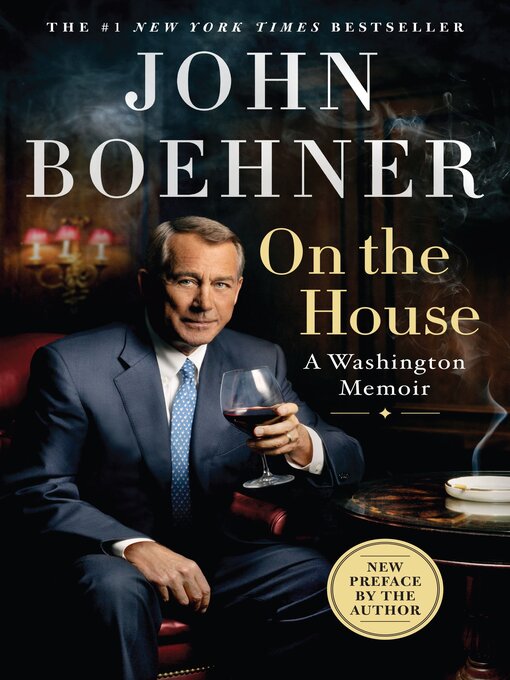 On the house a Washington memoir

"A memoir by former Speaker of the House John Boehner."--

The art of (real) power
Cheaper by the dozen
Smoke-filled rooms
Gerry, Jerry, and me
Bull balls and bailouts
Mayor of crazytown
Deep state delusions
Alligators, not enemies
America, from inside and out
Epilogue: into the sunset.