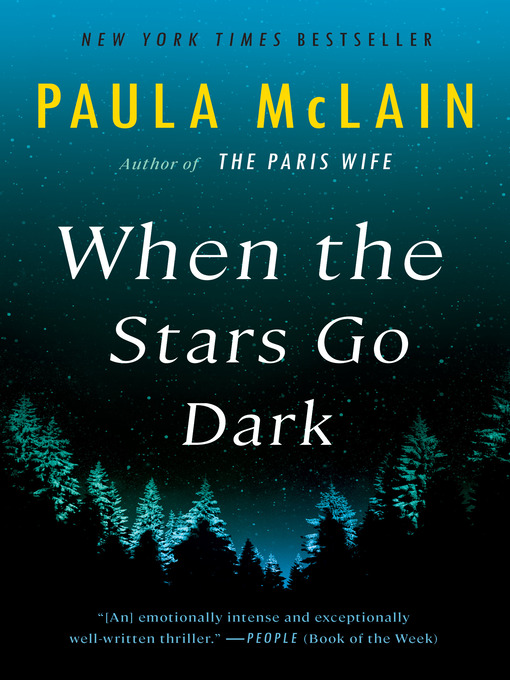 When the stars go dark a novel

"From the New York Times bestselling author of The Paris Wife comes an atmospheric novel of intertwined fate and heart-wrenching suspense: A detective hiding away from the world. A series of disappearances that reach into her past. Can solving them help her heal? Anna Hart is a seasoned missing persons detective in San Francisco with far too much knowledge of the darkest side of human nature. When unspeakable tragedy strikes her personal life, Anna, desperate and numb, flees to the Northern California village of Mendocino. She spent summers there as a child with her beloved grandparents, and now she believes it might be the only place left for her to heal. Yet the day she arrives, she learns a local teenage girl has gone missing. Anna is in no condition to become involved with the search--until a childhood friend, now the village sheriff, pleads for her help. Then, just days later, a twelve-year-old girl is abducted from her home. The crimes feel frighteningly reminiscent of the most crucial time in Anna's childhood, when a string of unsolved murders touched Mendocino. As past and present collide, Anna realizes that she has been led to this moment. The most difficult lessons of her life have given her insight into how victims come into contact with violent predators. As Anna becomes obsessed with these missing girls, she must learn that true courage means getting out of her own way and learning to let others in. Weaving together true crime, trauma theory, and a hint of the metaphysical, this tense, affecting story is about fate, unlikely redemption, and what it takes, when the worst happens, to reclaim our lives--and our faith in one another"--