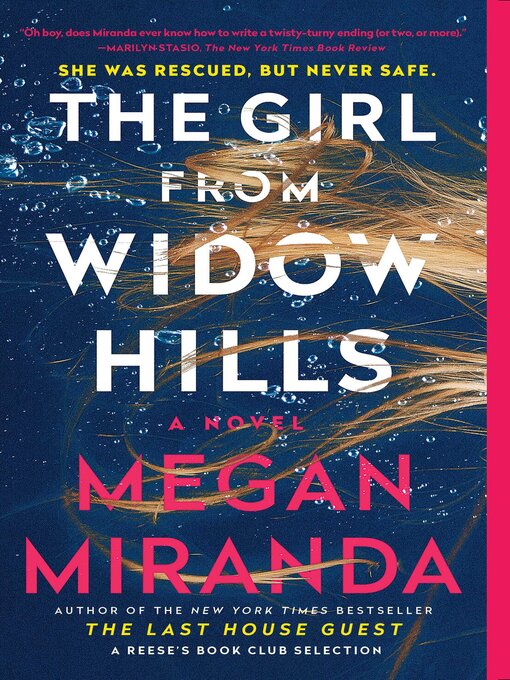 The girl from Widow Hills a novel

Arden Maynor was just six years old when she was swept away while sleepwalking in a rainstorm. Fame as the survivor of Widow Hills undid her life, until she moved far away and changes her name. She begins to feel like she's being watched and, soon, her past comes back to haunt her.