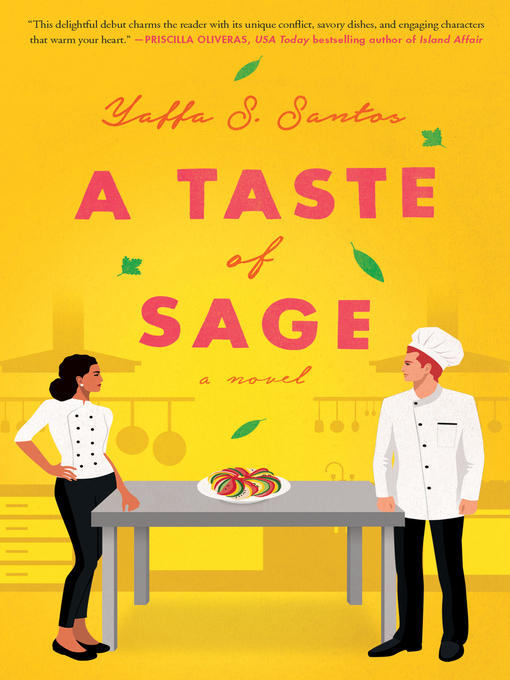 A taste of sage a novel

"Lumi Santana is a chef with a gift: she can perceive a person's emotions by tasting their cooking. Despite being raised by a mother who taught her that dreams and true love were silly fairy tales, she puts her heart and savings into opening her own fusion restaurant in Upper Manhattan. The restaurant offers a mix of the Dominican cuisine she grew up with and other world cuisines she is inspired by. When her eclectic venture fails, she is forced to take a position as sous chef at a staid, traditional French restaurant owned by Julien Dax, a celebrated chef known for his acid tongue as well as his brilliant smile. After he goes out of his way to bake a tart to prove her wrong in a dispute, she is so irritated by his smug attitude that she vows to herself never to taste his cooking. But after she succumbs to the temptation and takes a bite one day and is overcome with shocking emotion, she finds herself beginning to crave his cooking and struggling to stay on task with her plan to save up and move on as soon as possible. Meanwhile, Julien's obsessed secretary watches with gnashed teeth as they grow closer and becomes determined to get Lumi out of her way permanently."--Publisher description