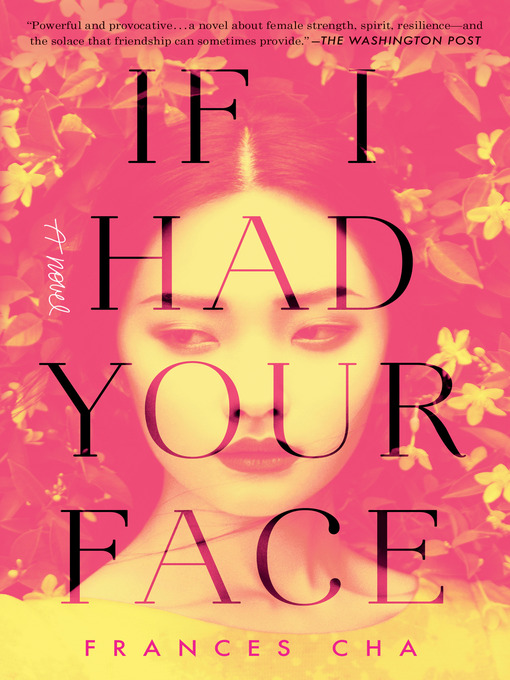 If I had your face a novel

"Kyuri is a heartbreakingly beautiful woman with a hard-won job at a "room salon," an exclusive bar where she entertains businessmen while they drink. Though she prides herself on her cold, clear-eyed approach to life, an impulsive mistake with a client may come to threaten her livelihood. Her roomate, Miho, is a talented artist who grew up in an orphanage but won a scholarship to study art in New York. Returning to Korea after college, she finds herself in a precarious relationship with the super-wealthy heir to one of Korea's biggest companies. Down the hall in their apartment building lives Ara, a hair stylist for whom two preoccupations sustain her: obsession with a boy-band pop star, and a best friend who is saving up for the extreme plastic surgery that is commonplance. And Wonna, one floor below, is a newlywed trying to get pregnant with a child that she and her husband have no idea how they can afford to raise and educate in the cutthroat economy. Together, their stories tell a gripping tale that's seemingly unfamiliar, yet unmistakably universal in the way that their tentative friendships may have to be their saving grace"--