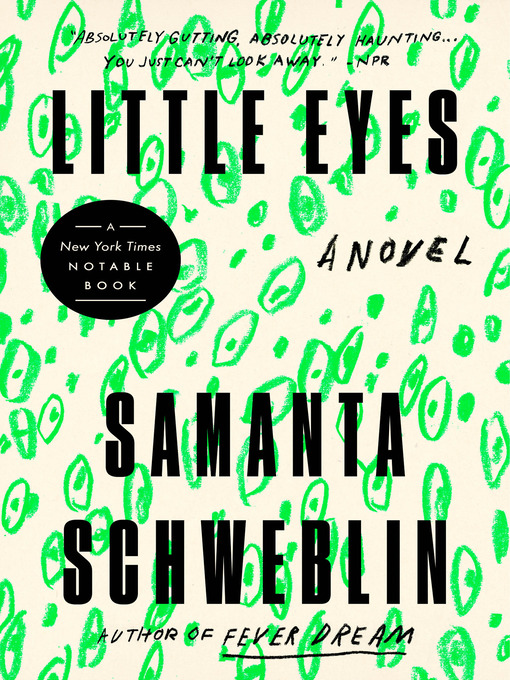 "A visionary novel about the collision of technology and play, horror and humanity, from a master of the spine-tingling tale. They've infiltrated homes in Hong Kong, shops in Vancouver, the streets of Senegal, town squares of Oaxaca, schools in Tel Aviv, bedrooms in Ohio. They're following you. They're everywhere now. They're us. In Samanta Schweblin's wildly imaginative new novel, Little Eyes, "kentukis" have gone viral across the globe. They're little mechanical stuffed animals that have cameras for eyes, wheels for feet, and are connected to an anonymous global server. Owners of kentukis have the eyes of a stranger in their home and a cute squeaking pet following them; or you can be the kentuki and voyeuristically spend time in someone else's life, controlling the creature with a few keystrokes. Through kentukis, a jaded Croatian hustler stumbles into a massive criminal enterprise and saves a life in Brazil, a lonely old woman in Peru becomes fascinated with a young woman and her louche lover in Germany, and a kid with no mother in Antigua finds a new virtual family and experiences snow for the first time in Norway. These creatures can reveal the beauty of connection between farflung souls - but they also expose the ugly humanity of our increasingly linked world. Trusting strangers can lead to unexpected love and marvelous adventure, but what happens when the kentukis pave the way for unimaginable terror?"--