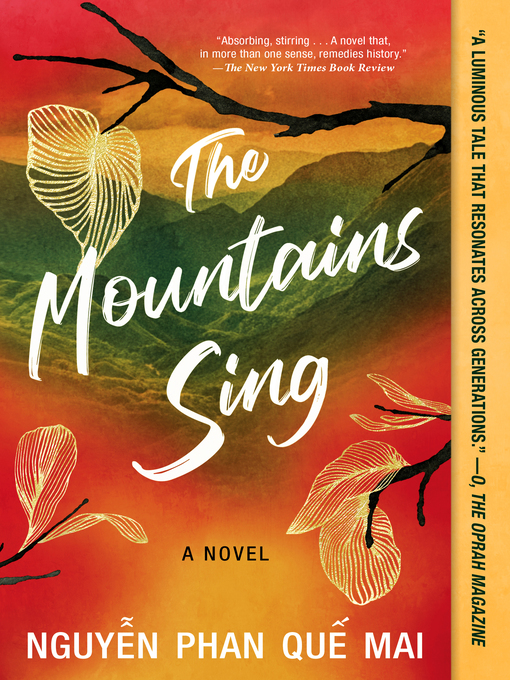 The mountains sing a novel

"The multigenerational tale of the Tràn̂ family, set against the backdrop of the Viêṭ Nam War. Tràn̂ Diẹû Lan, who was born in 1920, was forced to flee her family farm with her six children during the Land Reform as the Communist government rose in the North. Years later in Hà Nọî, her young granddaughter, Hương, comes of age as her parents and uncles head off down the Hô ̀Chí Minh Trail to fight in a conflict that will tear not just her beloved country but her family apart"--

The tallest mountains
Red on the white grains
The fortune teller
Getting up and falling down again
My gather's gift
The land reform
The journey south
The walk
My mother's secret
The country bumpkin boy
My Uncle Minh
Facing the enemy
My grandmother's songs.