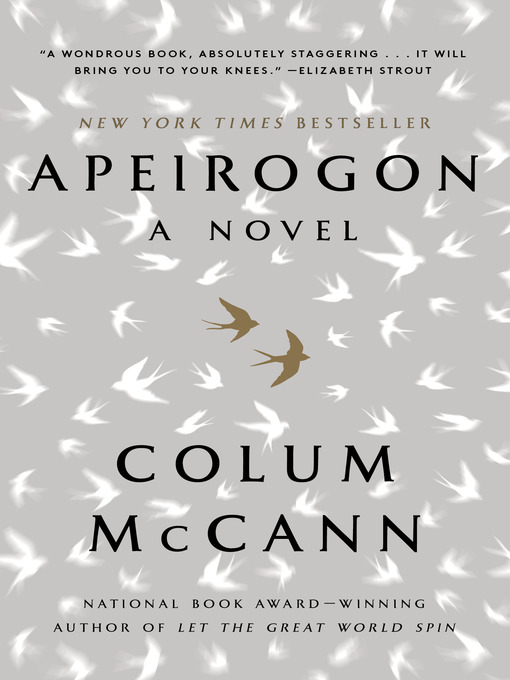 "Bassam Aramin is Palestinian. Rami Elhanan is Israeli. They inhabit a world of intractable conflict that colors every aspect of their daily lives, from the roads they are allowed to take to the schools their daughters, Abir and Smadar, each attend. Theirs is a life in which children from both sides of the wall throw stones at one another. But their worlds shift irreparably when ten-year-old old Abir is killed by a rubber bullet meant to quell unruly crowds, and again when thirteen-year-old Smadar becomes the victim of suicide bombers. When Bassam and Rami learn one another's stories and the loss that connects them, they become part of a much larger tale that ranges over centuries and continents. Apeirogon is a novel that balances on the knife edge of fiction and nonfiction. Bassam and Rami are real men and their actual words are a part of this narrative, one that builds through thousands of moments and images into one grand, unforgettable crescendo"--