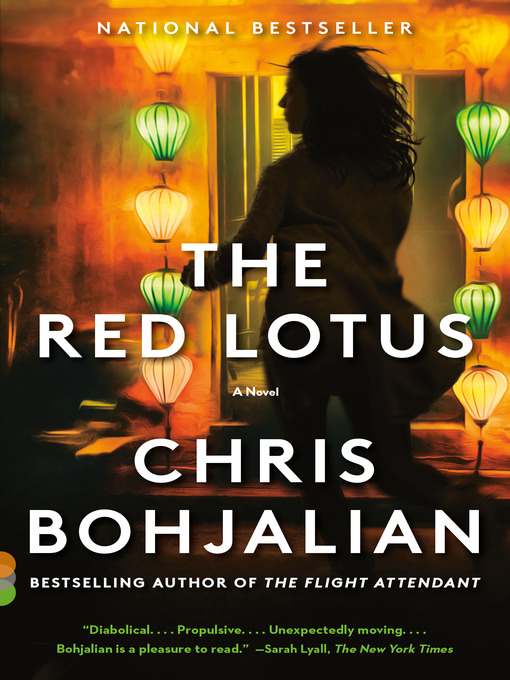 The red lotus a novel

"From the New York Times bestselling author of The Flight Attendant comes a twisting story of love and deceit: an American man vanishes from a rural road in Vietnam and his girlfriend, an ER doctor trained in deductive reasoning, follows a path that leads her home to the very hospital where they first met. Alexis and Austen met on a Saturday night. Not in a bar, but instead in the emergency room where Alexis sutured a bullet wound in Austen's arm. Six months later, on the brink of falling in love, they travel to Vietnam on a bicycling tour so that Austen can show her his passion for cycling and so that he can pay his respects to the place where his father and uncle fought in the war. But as Alexis sips white wine and waits at the hotel for Austen to return from his solo ride, two men emerge from the tall grass and Austen vanishes into thin air. The only clues he leaves behind are two bright yellow energy gels dropped in the dirt road. As Alexis grapples with this bewildering loss, navigating the FBI, Austen's prickly family, and her colleagues at the hospital, Alexis uncovers a series of strange lies that force her to wonder: Where did Austen go? Why did he really bring her to Vietnam? And how much danger has he left her in? Set amid the adrenaline-fueled world of the emergency room, The Red Lotus is a fascinating story of those who dedicate their lives to saving people, and those who instead peddle death to the highest bidder."--