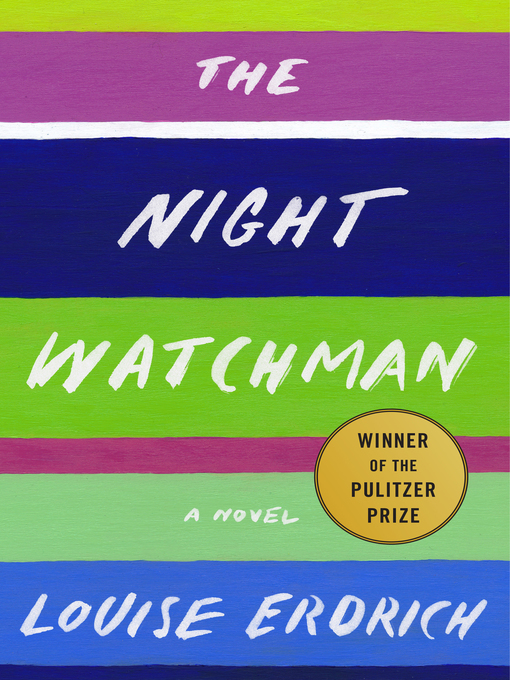 The night watchman a novel

Thomas Wazhushk is the night watchman at the jewel bearing plant, the first factory located near the Turtle Mountain Reservation in rural North Dakota. He is also a Chippewa Council member who is trying to understand the consequences of a new 'emancipation' bill on its way to the floor of the United States Congress. It is 1953 and he and the other council members know the bill isn't about freedom; Congress is fed up with Indians. The bill is a 'termination' that threatens the rights of Native Americans to their land and their very identity. How can the government abandon treaties made in good faith with Native Americans 'for as long as the grasses shall grow, and the rivers run'?