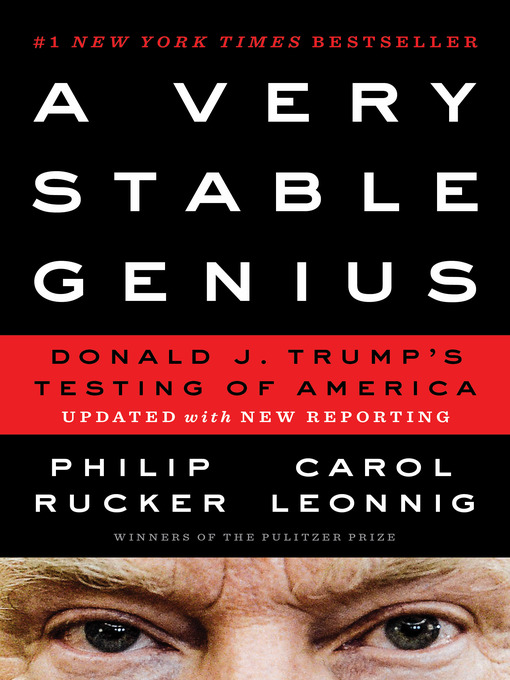 "This peerless and gripping narrative reveals President Trump at his most unvarnished and exposes how decision making in his administration has been driven by a reflexive logic of self-preservation and self-aggrandizement - but a logic nonetheless. This is the story of how an unparalleled president has scrambled to survive and tested the strength of America's democracy and its common heart as a nation."--Amazon

Building blocks
Paranoia and pandemonium
The road to obstruction
A fateful firing
The G-Man cometh
Suiting up for battle
Impeding justice
A cover-up
Shocking the conscience
Unhinged
Winging it
Spygate
Breakdown
One-man firing squad
Congratulating Putin
A chilling raid
Hand grenade diplomacy
The resistance within
Scare-a-thon
An ornery diplomat
Gut over brains
Axis of enablers
Loyalty and truth
The report
The show goes on.