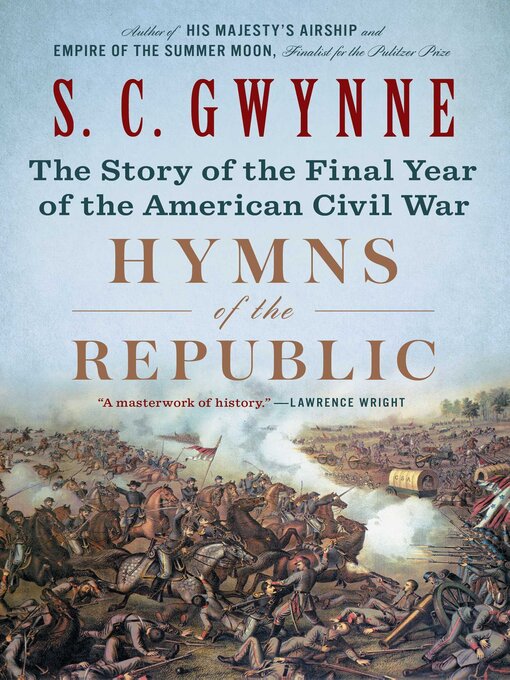 "S.C. Gwynne's Hymns of the Republic addresses the period from Ulysses S. Grant's appointment as general of all Union armies in March 1864 to the surrender of Robert E. Lee at Appomattox a year later."

The end begins
With malice toward all
The armies of spring
A wilderness of pain
Shovels and other weapons of war
One additional horror
A battlefield angel
A circus of ineptitude
The persuasive logic of gunpowder
An elaborate slaughter
The man who lost everything
The mind of Ulysses S. Grant
The war against Lincoln
Politics of the not-quite-real
Valley of fire
Backroads to fame
The moralist from hell
Uncle Billy's book of moments
Death ahead of them, death behind them
Richmond is burning
This bitter glory
The unbearable weight of history
Hell itself.