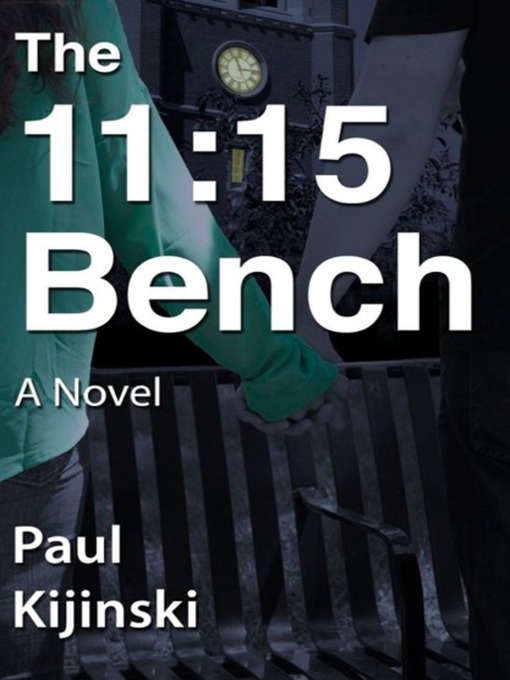 Roger Jakubiak isn't where he thought he would be at age 45: single, predictable and working as an eighth-grade social studies teacher in the same Cleveland area school district from which he graduated. Now a suspected brain aneurysm enters the picture to remind Roger that his life is more than half-spent, and that the vacuum at its center could only be filled by his first love, Regina Tucci. Roger becomes obsessed with the idea of reconnecting with Regina after a 25-year absence.↵↵Set primarily in the late 1970s and early 1980s, THE 11:15 BENCH is a love story told by a wistful and often humorous first-person narrator.↵↵Roger meets Regina in 1978 in their hometown of Cleveland, Ohio during their junior year of high school. Roger is the son of a practical Irishwoman and an uptight Polish father who measures the value of all things against the value of the paint he sells at Sears. Regina is the daughter of divorced Italian parents. Mrs. Tucci is protective of her daughter, sending her to an all-girls Catholic school on a waitress's salary and praying that Regina will be awarded a college scholarship for softball. To complicate matters, many years ago Mr. Tucci entered a weepy, wine-inspired pact to eventually marry off Regina to Johnny Gargano, the son of a childhood friend.↵↵Against this backdrop of clashing cultures and conflicting expectations, the young Roger and Regina manage to build a tender and passionate relationship. They experience their share of troubles, though, due to Roger's jealousy, his penchant for physical fights with other guys and his susceptibility to "moments" — seemingly inconsequential matters that take on great significance for him.