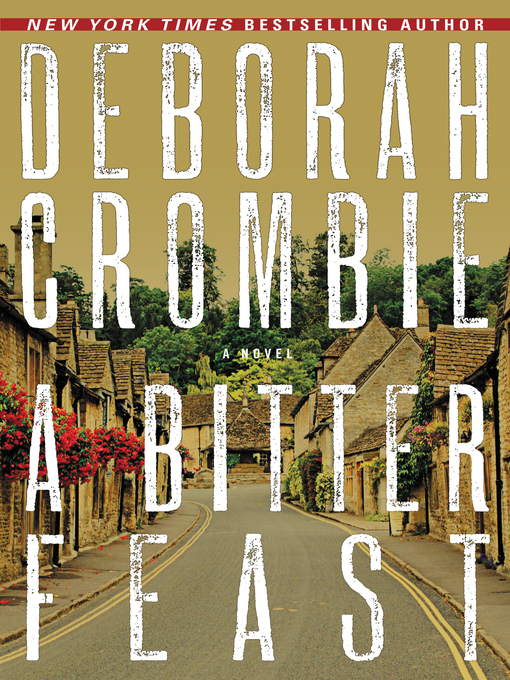 A bitter feast a novel

"Scotland Yard Detective Superintendent Duncan Kincaid and his wife, Detective Inspector Gemma James, have been invited for a relaxing weekend in the tranquil Cotswolds, one of Britain{u2019}s most beautiful and historic regions, famous for its rolling hills, sheep-strewn green meadows, golden cottages, and timeless villages that retain the spirit of old England. Duncan, Gemma, and their children are guests at Beck House, the country estate belonging to the family of Melody Talbot, Gemma{u2019}s trusted detective sergeant. No ordinary farmers, the Talbots are wealthy and prominent with ties to Britain{u2019}s most powerful and influential. A centerpiece of this glorious fall getaway is a posh charity luncheon catered by up-and-coming chef Viv Holland. After more than a decade in London, Viv has returned to her native Glouscestershire, making a name for herself with her innovative, mouthwatering use of the local bounty. Attended by several dozen of the area{u2019}s well-to-do, as well as national food bloggers and restaurant critics, the event could make Viv a star. But a tragic car accident followed by a series of mysterious deaths could ruin her ascent. Each piece of information that surfaces makes it clear that the killer had a connection with Viv{u2019}s pub{u2014}and perhaps with Beck House itself. Does the truth lie in the past? Or is it more immediate, woven into the tangled relationships and bitter resentments swirling among the staff at Beck House and at Viv{u2019}s pub? Or is it even more personal, entwined with secrets hidden by Viv, her business partner Bea Abbot, and Viv{u2019}s eleven-year-old daughter Grace? Further revelations rock the Talbots{u2019} estate and pull Duncan and Gemma and their colleagues into the investigation. With so much at stake both personally and professionally, especially for Melody Talbot, finding the killer becomes one of the team{u2019}s most crucial cases"--Goodreads.com.