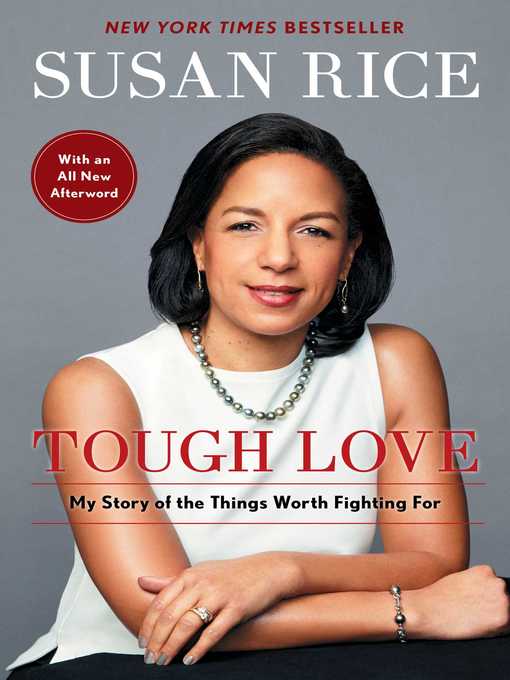 Tough love my story of the things worth fighting for

"Recalling pivotal moments from her dynamic career on the front lines of American diplomacy and foreign policy, Susan E. Rice -- National Security Advisor to President Barack Obama and U.S. Ambassador to the United Nations -- delivers an inspiring account of a life in service to family and country"--

Prologue: Farewell to the moral universe
Service in my soul
Coming up
Growing up too soon
Twice as good
Go west, young woman
Busting out
Rookie season
Always Africa
Storming state
"I remember when I too was a young assistant secretary"
Going global
Represent
High-stakes diplomacy
The Arab Spring comes to New York
Star Wars cantina
Benghazi
Running the table
The furies
Point guard
Putting points on the board
The fourth quarter
"He f#%@ing won?"
Bridging the divide.