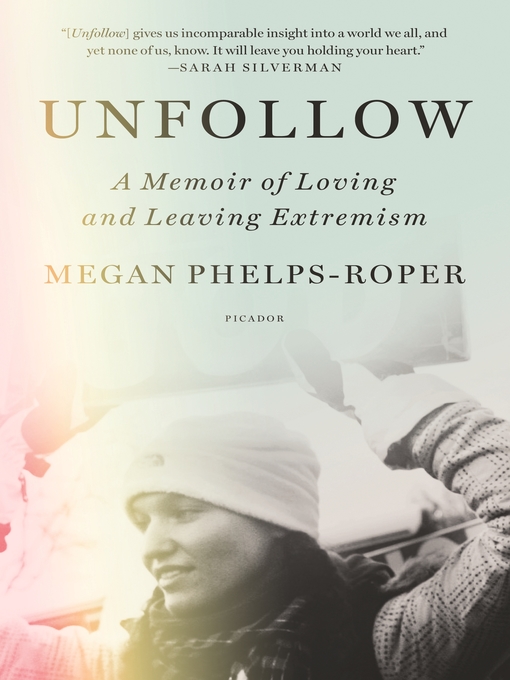 Unfollow a memoir of loving and leaving the Westboro Baptist Church

The activist and TED speaker Megan Phelps-Roper reveals her life growing up in the most hated family in America At the age of five, Megan Phelps-Roper began protesting homosexuality and other alleged vices alongside fellow members of the Westboro Baptist Church in Topeka, Kansas. Founded by her grandfather and consisting almost entirely of her extended family, the tiny group would gain worldwide notoriety for its pickets at military funerals and celebrations of death and tragedy. As Phelps-Roper grew up, she saw that church members were close companions and accomplished debaters, applying the logic of predestination and the language of the King James Bible to everyday life with aplomb{u2014}which, as the church's Twitter spokeswoman, she learned to do with great skill. Soon, however, dialogue on Twitter caused her to begin doubting the church's leaders and message: If humans were sinful and fallible, how could the church itself be so confident about its beliefs? As she digitally jousted with critics, she started to wonder if sometimes they had a point{u2014}and then she began exchanging messages with a man who would help change her life. A gripping memoir of escaping extremism and falling in love, Unfollow relates Phelps-Roper's moral awakening, her departure from the church, and how she exchanged the absolutes she grew up with for new forms of warmth and community. Rich with suspense and thoughtful reflection, Phelps-Roper's life story exposes the dangers of black-and-white thinking and the need for true humility in a time of angry polarization.