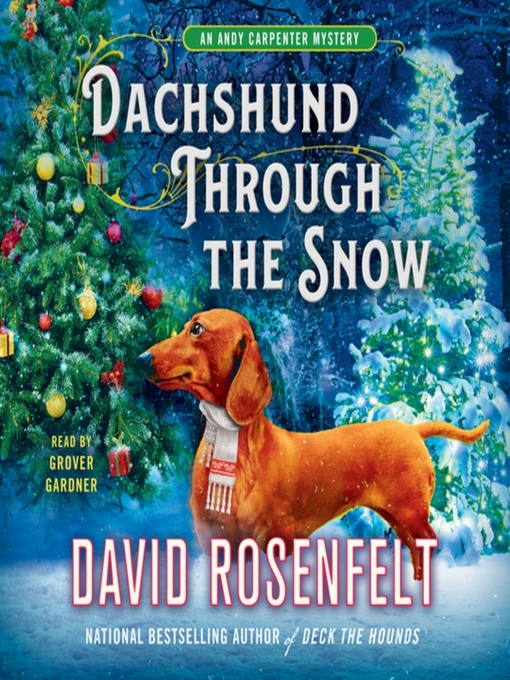 Dachshund through the snow An Andy Carpenter mystery

"Narrator Grover Gardner...makes the experience of listening to this audiobook as delightful as can be." — AudioFile Magazine This Christmas, lawyer Andy Carpenter and his golden retriever, Tara, can't say no to helping young Danny and his dachshund, Murphy. Lawyer Andy Carpenter and his wife, Laurie, have started a new Christmas tradition. Their local pet store has a Christmas tree, where instead of ornaments there are wishes from those in need. One poignant wish leads Andy to a child named Danny, whose selfless plea strikes a chord. Danny asked Santa for a coat for his mother, a sweater for his dachshund, Murphy, and for the safe return of his missing father.It turns out Danny's father doesn't want to be found, he's on the run after just being arrested for a murder that took place fourteen years ago – a murder that Danny's mother swears he didn't commit.With his trademark humor and larger-than-life characters – including a police officer and his K-9 partner, Simon – Rosenfelt never fails to deliver as Andy and his eccentric crew dash to reunite a family in time for Christmas. Praise for Grover Gardner as Andy Carpenter:"Grover Gardner's narration of Rosenfelt's whodunits is what good audiobooks are all about...Gardner's delightful portrayal of defense lawyer Andy Carpenter continues to be fresh, allowing listeners to glimpse Andy's soft heart and quick humor." — AudioFile Magazine on Outfoxed "Gardner's breezy, slightly sarcastic delivery is just what's needed for Rosenfelt's breezy, slightly sarcastic mysteries featuring multimillionaire New Jersey lawyer Andy Carpenter." — PW on Play Dead