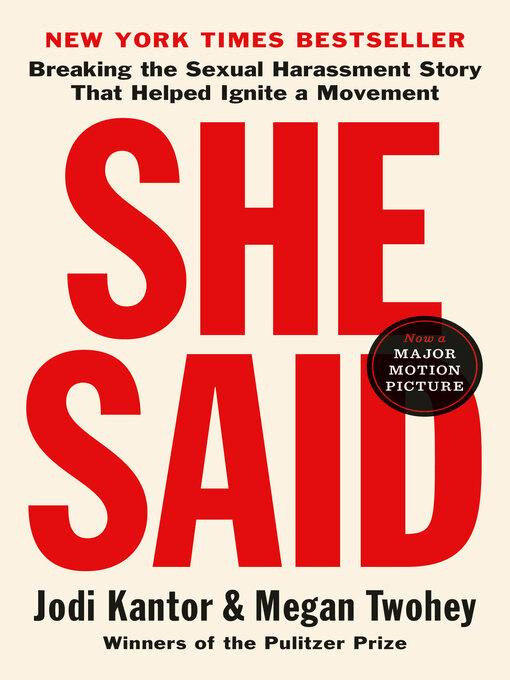 From the Pulitzer-prize winning reporters who broke the news of Harvey Weinstein's sexual harassment and abuse comes the thrilling untold story of their investigation and its consequences for the #MeToo movement.