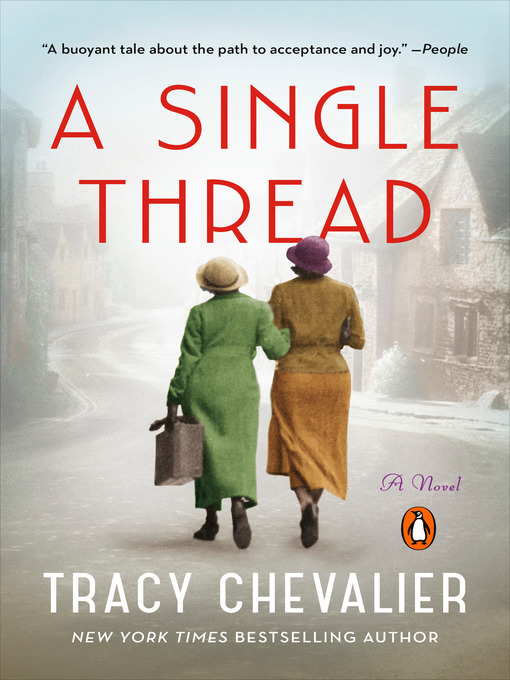 An immersive, moving story of a woman coming into her own at the dawn of the Second World War, from internationally bestselling author Tracy Chevalier1932. After the Great War took both her beloved brother and her fiancé, Violet Speedwell has become a "surplus woman," one of a generation doomed to a life of spinsterhood after the war killed so many young men. Yet Violet cannot reconcile herself to a life spent caring for her grieving, embittered mother. After countless meals of boiled eggs and dry toast, she saves enough to move out of her mother's place and into the town of Winchester, home to one of England's grandest cathedrals. There, Violet is drawn into a society of broderers—women who embroider kneelers for the Cathedral, carrying on a centuries-long tradition of bringing comfort to worshippers. Violet finds support and community in the group, fulfillment in the work they create, and even a growing friendship with the vivacious Gilda. But when forces threaten her new independence and another war appears on the horizon, Violet must fight to put down roots in a place where women aren't expected to grow. Told in Chevalier's glorious prose, A Single Thread is a timeless story of friendship, love, and a woman crafting her own life.