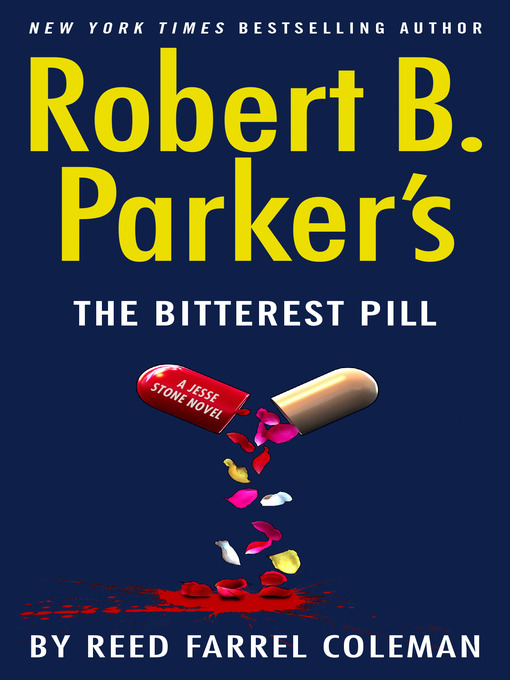 Robert B. Parker's The bitterest pill

"The opioid epidemic has reached Paradise, and Police Chief Jesse Stone must rush to stop the devastation in the latest thriller in Robert B. Parker's New York Times-bestselling series. When a popular high school cheerleader dies of a suspected heroin overdose, it becomes clear that the opioid epidemic has spread even to the idyllic town of Paradise. It will be up to police chief Jesse Stone to unravel the supply chain and unmask the criminals behind it, and the investigation has a clear epicenter: Paradise High School. Home of the town's best and brightest future leaders and its most vulnerable down-and-out teens, it's a rich and bottomless market for dealers out of Boston looking to expand into the suburbs. But when it comes to drugs, the very people Jesse is trying to protect are often those with the most to lose. As he digs deeper into the case, he finds himself battling self-interested administrators, reluctant teachers, distrustful schoolkids, and overprotective parents. and at the end of the line are the true bad guys, the ones with a lucrative business they'd kill to protect"--