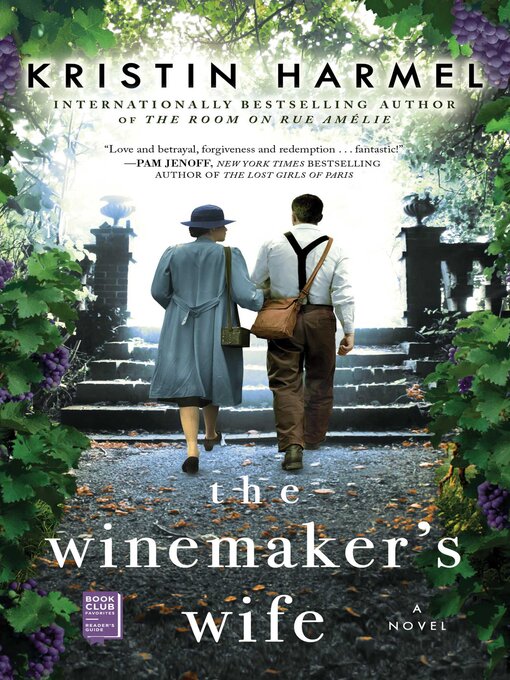 "From the author of the "engrossing" (People) and "poignant" (Booklist) international bestseller The Room on Rue Amelie comes a remarkable and moving story of love, danger, and betrayal: two women in France in the darkest days of World War II and another in present-day America on a quest to uncover the secret that connects them. At the dawn of the Second World War, Ines is the young wife of Michel, owner of the House of Chauveau, a small champagne winery nestled among rolling vineyards near Reims, France. Marrying into a storied champagne empire was supposed to be a dream come true, but Ines feels increasingly isolated, purposely left out of the business by her husband; his chef de cave, Theo; and Theo's wife, Sarah. But these disappointments pale in comparison to the increasing danger from German forces pouring across the border. At first, it's merely the Nazi weinfuhrer coming to demand the choicest champagne for Hitler's cronies, but soon, there are rumors of Jewish townspeople being rounded up and sent east to an unspeakable fate. The war is on their doorstep, and no one in Ines's life is safe--least of all Sarah, whose father is Jewish, or Michel, who has recklessly begun hiding munitions for the Resistance in the champagne caves. Ines realizes she has to do something to help. Sarah feels as lost as Ines does, but she doesn't have much else in common with Michel's young wife. Ines seems to have it made, not least of all because as a Catholic, she's "safe." Sarah, on the other hand, is terrified about the fate of her parents--and about her own future as the Germans begin to rid the Champagne region of Jews. When Sarah makes a dangerous decision to follow her heart in a desperate bid to find some meaning in the ruin, it endangers the lives of all those she cares about--and the champagne house they've all worked so hard to save. In the present, Liv Kent has just lost her job--and her marriage. Her wealthy but aloof Grandma Edith, sensing that Liv needs a change of scenery before she hits rock bottom, insists that Liv accompany her on a trip to France. But the older woman has an ulterior motive--and some difficult but important information to share with her granddaughter. As Liv begins to uncover long-buried family secrets, she finds herself slowly coming back to life. When past and present intertwine at last, she may finally find a way forward, along a difficult road that leads straight to the winding caves beneath the House of Chauveau. Perfect for fans of Kristin Hannah's The Nightingale and Kate Quinn's The Alice Network, The Winemaker's Wife is an evocative and gorgeously wrought novel that examines how the choices we make in our darkest hours can profoundly change our lives--and how hope can come from the places we least expect"--