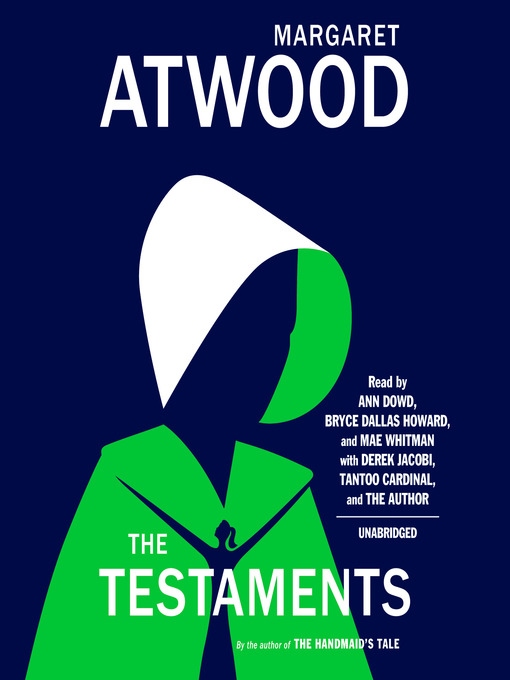 The testaments A novel

In this brilliant sequel to The Handmaid's Tale, acclaimed author Margaret Atwood answers the questions that have tantalized readers for decades.When the van door slammed on Offred's future at the end of The Handmaid's Tale, readers had no way of telling what lay ahead for her freedom, prison or death. With The Testaments, the wait is over. Margaret Atwood's sequel picks up the story fifteen years after Offred stepped into the unknown, with the explosive testaments of three female narrators from Gilead. "Dear Readers: Everything you've ever asked me about Gilead and its inner workings is the inspiration for this book. Well, almost everything! The other inspiration is the world we've been living in." Margaret Atwood