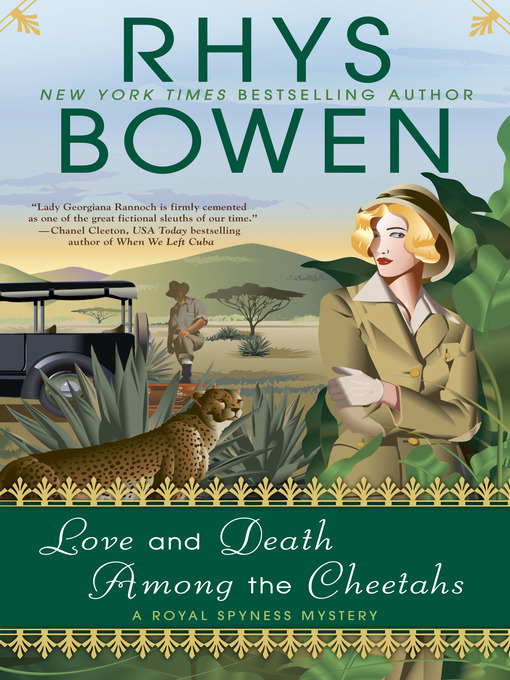 Love and death among the cheetahs

Georgie is excited when Darcy announces out of the blue that they are flying to Kenya for their extended honeymoon. It is only after they arrive that she suspects he has actually been sent there on an assignment. She tries not to be angry, because she is, after all, in a paradise! They are picked up in Nairobi and taken to a lovely house in Happy Valley--the center of upper-class English life there. Darcy finally confides that there have been some spectacular robberies in London and Paris, and it is suspected that the thief was a member of the aristocracy and may have fled to Kenya. Georgie is shocked at the completely decadent lifestyle that involves wild parties and rampant infidelity. One of the leading lights in the community, Lord Cheriton, makes a play for Georgie. She rebuffs him. Then he is found dead along a lonely stretch of road. At first it seems to be a lion attack. But why was he on that stretch of road, alone, late at night?