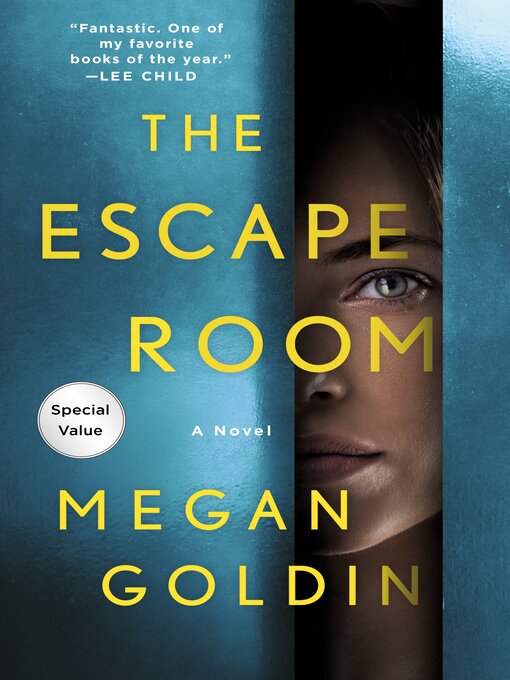 The escape room A Novel.

"Gripping and unforgettable." {u2014}Harlan Coben"One of my favorite books of the year." {u2014}Lee Child"Riveting." {u2014}Publishers Weekly"Fans of JP Delaney and Ruth Ware will want to be right in [the escape room] with them." {u2014}Booklist"Cancel all your plans and call in sick; once you start reading, you'll be caught in your own escape room{u2014}the only key to freedom is turning the last page!" {u2014}Kirkus Reviews (starred)In Megan Goldin's unforgettable debut, The Escape Room, four young Wall Street rising stars discover the price of ambition when an escape room challenge turns into a lethal game of revenge.Welcome to the escape room. Your goal is simple. Get out alive.In the lucrative world of finance, Vincent, Jules, Sylvie, and Sam are at the top of their game. They've mastered the art of the deal and celebrate their success in style{u2014}but a life of extreme luxury always comes at a cost.Invited to participate in an escape room as a team-building exercise, the ferociously competitive co-workers crowd into the elevator of a high rise building, eager to prove themselves. But when the lights go off and the doors stay shut, it quickly becomes clear that this is no ordinary competition: they're caught in a dangerous game of survival.Trapped in the dark, the colleagues must put aside their bitter rivalries and work together to solve cryptic clues to break free. But as the game begins to reveal the team's darkest secrets, they realize there's a price to be paid for the terrible deeds they committed in their ruthless climb up the corporate ladder. As tempers fray, and the clues turn deadly, they must solve one final chilling puzzle: which one of them will kill in order to survive?