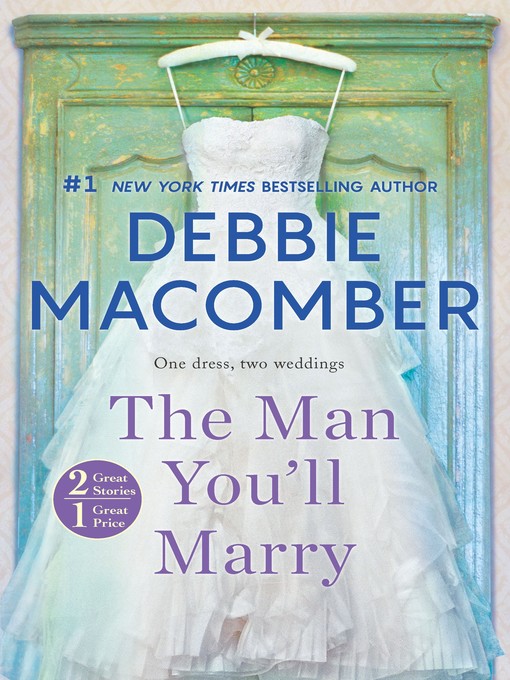 "The First Man You Meet ... Shelly Hansen was horrified when her great-aunt's wedding dress arrived--because, according to family legend, she was destined to marry the next man she met. So when she tripped on an escalator and fell into Mark Brady's arms, she told him--and herself--that she wasn't interested in marriage. But then she started seeing him everywhere ... Coincidence? ... is The Man You'll Marry. After her own wedding, Shelly sends her best friend, Jill Morrison, the dress--which is delivered to Jill's hotel in Hawaii. But at least the man she sat beside on the plane--gorgeous grouch Jordan Wilcox--can't be the man in question, can he? She met him before she got the dress!"--Page 4 of cover.

The first man you meet
The man you'll marry.