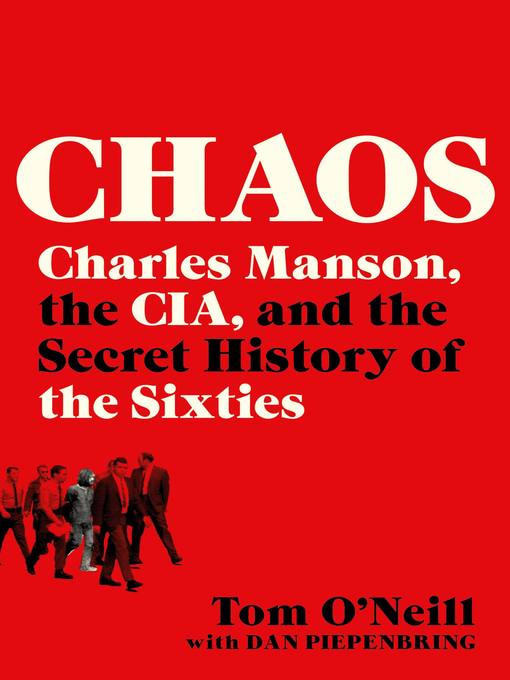 Chaos Charles Manson, the CIA and the secret history of the sixties

A journalist's twenty-year fascination with the Manson murders leads to shocking new revelations about the FBI's involvement in this riveting reassessment of an infamous case in American history.Over two grim nights in Los Angeles, the young followers of Charles Manson murdered seven people, including the actress Sharon Tate, then eight months pregnant. With no mercy and seemingly no motive, the Manson Family followed their leader's every order-their crimes lit a flame of paranoia across the nation, spelling the end of the sixties. Manson became one of history's most infamous criminals, his name forever attached to an era when charlatans mixed with prodigies, free love was as possible as brainwashing, and utopia-or dystopia-was just an acid trip away. Twenty years ago, when journalist Tom O'Neill was reporting a magazine piece about the murders, he worried there was nothing new to say. Then he unearthed shocking evidence of a cover-up behind the "official" story, including police carelessness, legal misconduct, and potential surveillance by intelligence agents. When a tense interview with Vincent Bugliosi-prosecutor of the Manson Family, and author of Helter Skelter-turned a friendly source into a nemesis, O'Neill knew he was onto something. But every discovery brought more questions:Who were Manson's real friends in Hollywood, and how far would they go to hide their ties?Why didn't law enforcement, including Manson's own parole officer, act on their many chances to stop him?And how did Manson-an illiterate ex-con-turn a group of peaceful hippies into remorseless killers? O'Neill's quest for the truth led him from reclusive celebrities to seasoned spies, from San Francisco's summer of love to the shadowy sites of the CIA's mind-control experiments, on a trail rife with shady cover-ups and suspicious coincidences. The product of two decades of reporting, hundreds of new interviews, and dozens of never-before-seen documents from the LAPD, the FBI, and the CIA, CHAOS mounts an argument that could be, according to Los Angeles Deputy District Attorney Steven Kay, strong enough to overturn the verdicts on the Manson murders. This is a book that overturns our understanding of a pivotal time in American history.