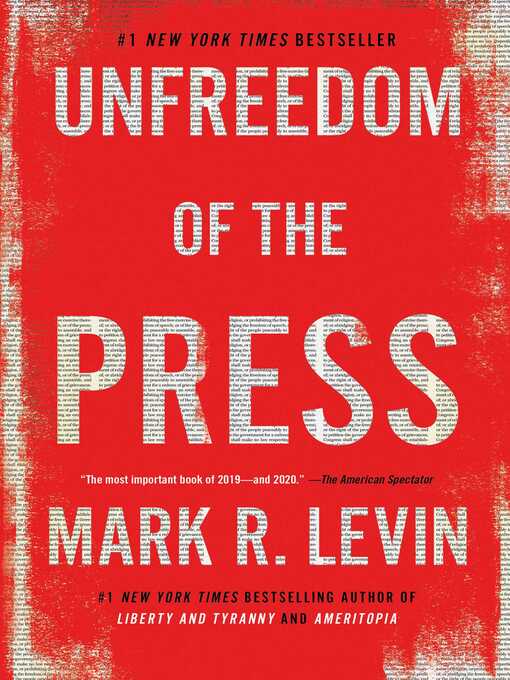 Unfreedom of the press

Unfreedom of the Press is not just another book about the press. Levin shows how those entrusted with news reporting today are destroying freedom of the press from within: "not government oppression or suppression," he writes, but self-censorship, group-think, bias by omission, and passing off opinion, propaganda, pseudo-events, and outright lies as news. With the depth of historical background for which his books are renowned, Levin takes the reader on a journey through the early American patriot press, which proudly promoted the principles set forth in the Declaration of Independence and the Constitution, followed by the early decades of the Republic during which newspapers around the young country were open and transparent about their fierce allegiance to one political party or the other. It was only at the start of the Progressive Era and the twentieth century that the supposed "objectivity of the press" first surfaced, leaving us where we are today: with a partisan party-press overwhelmingly aligned with a political ideology but hypocritically engaged in a massive untruth as to its real nature.

News as political and ideological activism
The early patriot press
The modern democratic party-press
The real threat to press freedom
News, propaganda, and pseudo-events
The New York times betrays millions
The truth about collusion, abuse of power, and character
Epilogue: a standardless profession.