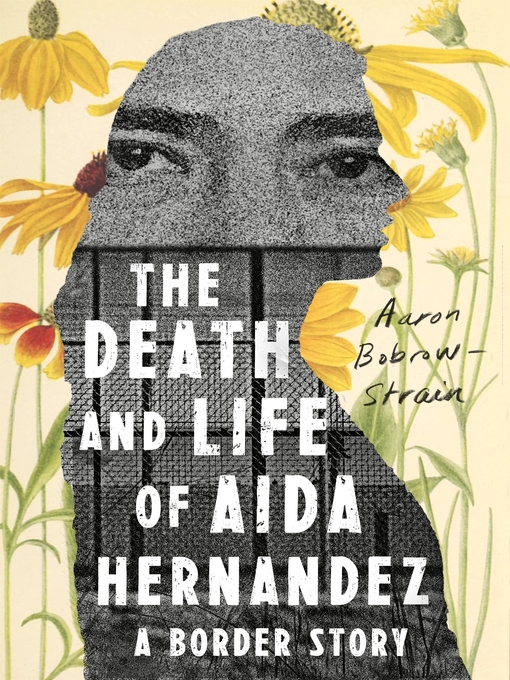 The death and life of Aida Hernandez a border story

When Aida Hernandez was born in 1987 in Agua Prieta, Mexico, the nearby U.S. border was little more than a worn-down fence. Eight years later, Aida{u2019}s mother took her and her siblings to live in Douglas, Arizona. By then, the border had become one of the most heavily policed sites in America. Undocumented, Aida fought to make her way. She learned English, watched Friends, and, after having a baby at sixteen, dreamed of teaching dance and moving with her son to New York City. But life had other plans. Following a misstep that led to her deportation, Aida found herself in a Mexican city marked by violence, in a country that was not hers. To get back to the United States and reunite with her son, she embarked on a harrowing journey. The daughter of a rebel hero from the mountains of Chihuahua, Aida has a genius for survival, but returning to the United States was just the beginning of her quest. Taking us into detention centers, immigration courts, and the inner lives of Aida and other daring characters, The Death and Life of Aida Hernandez reveals the human consequences of militarizing what was once a more forgiving border. With emotional force and narrative suspense, Aaron Bobrow-Strain brings us into the heart of a violently unequal America. He also shows us that the heroes of our current immigration wars are less likely to be perfect paragons of virtue than complex, flawed human beings who deserve justice and empathy all the same.

Prologue: the death of aida hernandez
No country for young women
Girl in a labyrinth
English without barriers
A sudden storm
Miles of wall and no time to sleep
The new millennium, her own quiet war
Better living through border security
Dance steps
American dreaming
No country for young women
Trauma red
Hunger is worse
Madera
Exile and belonging
La roca
The railroad yard
The black palace
Trauma red
Slipknot
Lucky ema
All the monsters at once
The healer
Leaving the world and fighting to rejoin it
The "Show me your papers" state
What care can do
Slipknot
Going away to come back
Ema's journey
The underworld
Aida¿s voice
Aida and Ema
Going away to come back
To Battery Park
Epilogue: the life of Aida Hernandez
About this book
Notes
Glossary of Spanish terms used in the text
Explanation of terminology
Acknowledgments.