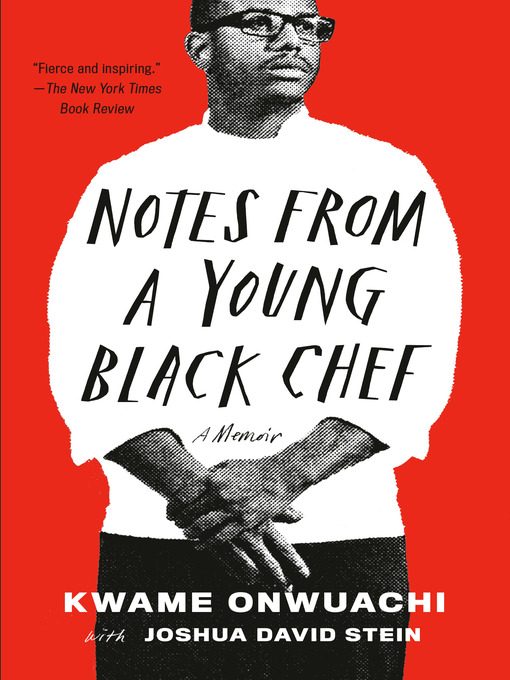 Notes from a young Black chef a memoir

By the time he was twenty-seven years old, Kwame Onwuachi had opened—and closed—one of the most talked about restaurants in America. He had sold drugs in New York and been shipped off to rural Nigeria to "learn respect." He had launched his own catering company with twenty thousand dollars made from selling candy on the subway and starred on Top Chef. Through it all, Onwuachi's love of food and cooking remained a constant, even when, as a young chef, he was forced to grapple with just how unwelcoming the food world can be for people of color. In this inspirational memoir about the intersection of race, fame, and food, he shares the remarkable story of his culinary coming-of-age; a powerful, heartfelt, and shockingly honest account of chasing your dreams—even when they don't turn out as you expected.

Standing on stories
Egusi stew
Dominoes
Ancestors
The block
Gulf state
Finding my craft
CIA man
Blood on the eggshells
From old guard to start up
Angles
The jewel
The lesson.