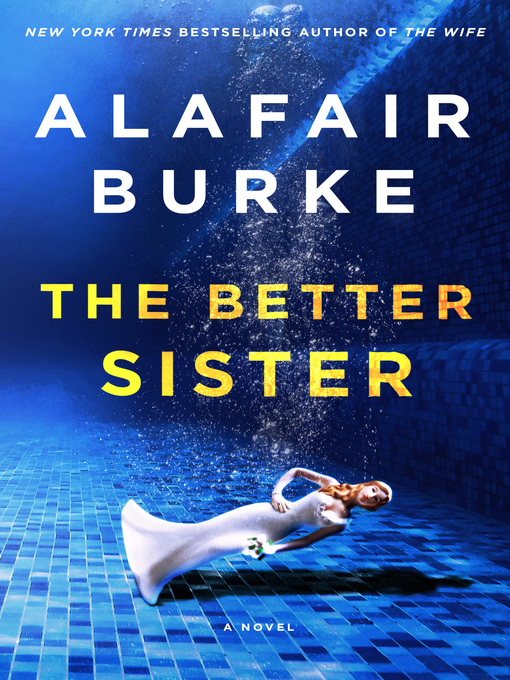 The better sister a novel

"From Alafair Burke--New York Times bestselling author of the runaway hit, The Wife--comes another twisty tale of domestic noir. When a prominent Manhattan lawyer is murdered, two estranged sisters--one the dead man's widow, the other his ex--must set aside mistrust and old resentments. but can they escape their past? Though Chloe was the younger of the two Taylor sisters, she always seemed to be in charge. She was the honor roll student with big dreams and an even bigger work ethic.Nicky was always restless. and more than a little reckless--the opposite of her ambitious little sister. She floated from job to job and man to man, and stayed close to home in Cleveland. For a while, it seemed like both sisters had found happiness. Chloe earned a scholarship to an Ivy League school and moved to New York City, where she landed a coveted publishing job. Nicky married promising young attorneyAdam Macintosh, and gave birth to a baby boy they named Ethan. The Taylor sisters became virtual strangers. Now, more than fifteen years later, their lives are drastically different--and Chloe is married to Adam. When he's murdered by an intruder at the couple's East Hampton beach house, Chloe reluctantly allows her teenaged stepson's biological mother--her estranged sister, Nicky--back into her life. But when the police begin to treat Ethan as a suspect in his father's death, the two sisters are forced to unite. and to confront the truth behind family secrets they have tried to bury in the past"--