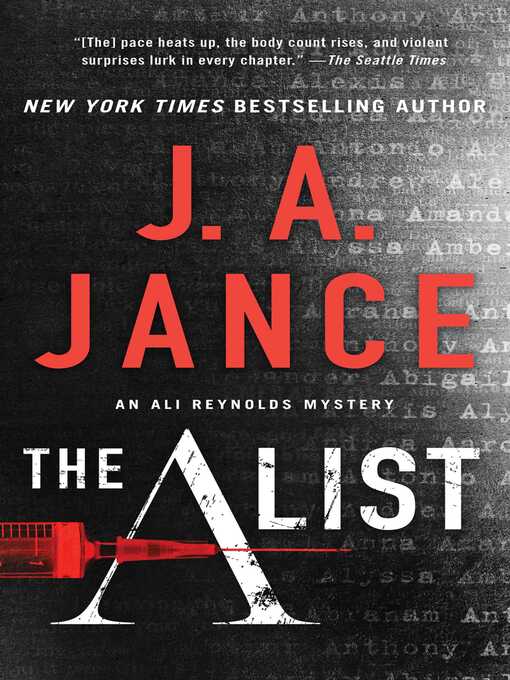 by Jance, Judith A.,

In this timely "devilish page-turner" (People) from New York Times bestselling author J.A. Jance, Ali Reynolds learns that no good deed goes unpunished.More than ten years after the sudden end of her high-profile broadcasting career, Ali Reynolds has made a good life for herself in her hometown of Sedona, Arizona. She has a new house, a new husband, and a flourishing cybersecurity company where her team of veritable technological wizards hunts down criminals one case at a time. But the death of an old friend brings Ali back to the last story she ever reported: a feel-good human interest piece about a young man in need of a kidney to save his life, which quickly spiraled into a medical mismanagement scandal that landed a prestigious local doctor in prison for murder. Years may have passed, but Dr. Edward Gilchrist has not forgotten those responsible for his downfall—especially not Ali Reynolds, who exposed his dirty deeds to the world. Life without parole won't stop him from getting his revenge. Tattooed on his arm are the initials of those who put him behind bars, and he won't stop until every person on that Annihilation List is dead. In this gripping suspense novel from "one of the finest practitioners of the suspenseful thriller" (The Strand Magazine), Ali Reynolds and her team race against the clock to stop this ruthless killer—before her own name is crossed out for good.