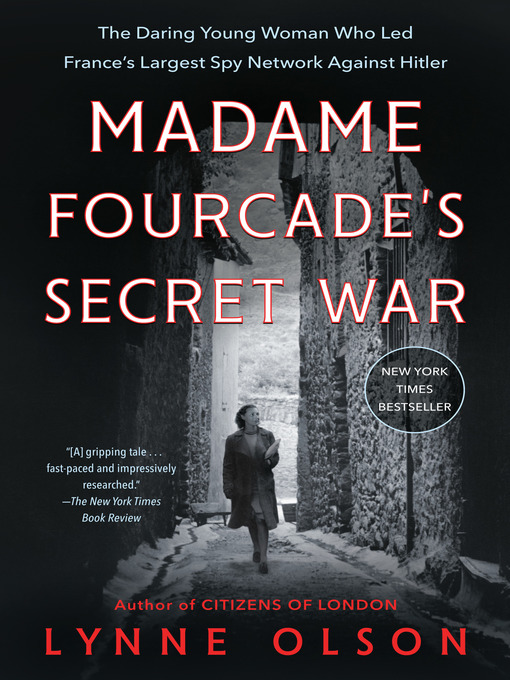 The little-known true story of Marie-Madeleine Fourcade, the woman who headed the largest spy network in occupied France during World War II, from the bestselling author of Citizens of London and Last Hope Island In 1941 a thirty-one-year-old Frenchwoman, a young mother born to privilege and known for her beauty and glamour, became the leader of a vast intelligence organization{u2014}the only woman to serve as a chef de résistance during the war. Strong-willed, independent, and a lifelong rebel against her country{u2019}s conservative, patriarchal society, Marie-Madeleine Fourcade was temperamentally made for the job. Her group{u2019}s name was Alliance, but the Gestapo dubbed it Noah{u2019}s Ark because its agents used the names of animals as their aliases. The name Marie-Madeleine chose for herself was Hedgehog: a tough little animal, unthreatening in appearance, that, as a colleague of hers put it, even a lion would hesitate to bite. No other French spy network lasted as long or supplied as much crucial intelligence{u2014}including providing American and British military commanders with a 55-foot-long map of the beaches and roads on which the Allies would land on D-Day{u2014}as Alliance. The Gestapo pursued them relentlessly, capturing, torturing, and executing hundreds of its three thousand agents, including Fourcade{u2019}s own lover and many of her key spies. Although Fourcade, the mother of two young children, moved her headquarters every few weeks, constantly changing her hair color, clothing, and identity, she was captured twice by the Nazis. Both times she managed to escape{u2014}once by slipping naked through the bars of her jail cell{u2014}and continued to hold her network together even as it repeatedly threatened to crumble around her. Now, in this dramatic account of the war that split France in two and forced its people to live side by side with their hated German occupiers, Lynne Olson tells the fascinating story of a woman who stood up for her nation, her fellow citizens, and herself.

Prologue, 1936-1942
Leaping into the unknown
The chaos of defeat
Fighting back
Spying in Marseille
The birth of alliance
Danger in Paris
Taking command
A network in peril
The mailbag
The return of Leon Faye
A game of wits
"An undisputed leader"
"Sitting on a barrel of gunpowder"
The traitor
A general escapes
Captured
Operation Attila
"Down go the U-boats"
1943-1944
On the run
The tinderbox of Lyon
High anxiety
"Here you are at last!"
"The most remarkable girl of her generation"
Pink heather
Calamity
Captives
The map
Going home
1944-1945
Caught in the net
Liberation and beyond
"Hail Mary, full of grace"
The road to Gethsemane
Epilogue.