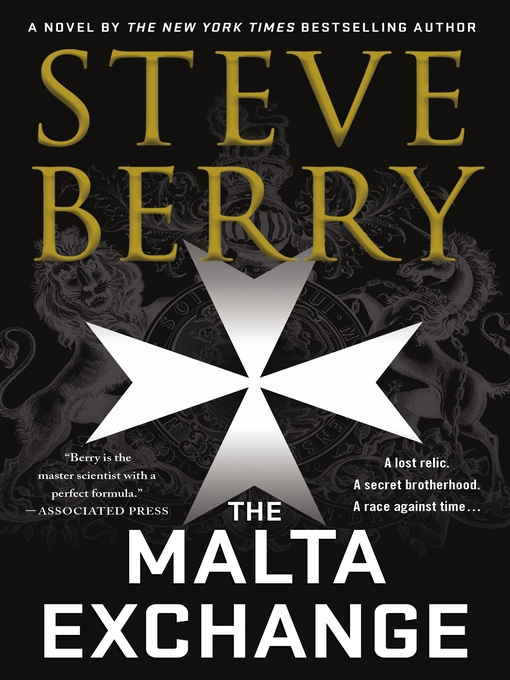 The Malta exchange a novel

"The next in New York Times top 5 bestseller Steve Berry's Cotton Malone series involves the Knights of Malta, papal conclave, and lost documents that could change history. A deadly race for the Vatican's oldest secret fuels New York Times bestseller Steve Berry's latest international Cotton Malone thriller. The pope is dead. A conclave to select his replacement is about to begin. Cardinals are beginning to arrive at the Vatican, but one has fled Rome for Malta in search of a document that dates back to the 4th century and Constantine the Great. Former Justice Department operative, Cotton Malone, is at Lake Como, Italy, on the trail of legendary letters between Winston Churchill and Benito Mussolini that disappeared in 1945 and could re-write history. But someone else seems to be after the same letters and, when Malone obtains then loses them, he's plunged into a hunt that draws the attention of the legendary Knights of Malta. The knights have existed for over nine hundred years, the only warrior-monks to survive into modern times. Now they are a global humanitarian organization, but within their ranks lurks trouble -- the Secreti -- an ancient sect intent on affecting the coming papal conclave. With the help of Magellan Billet agent Luke Daniels, Malone races the rogue cardinal, the knights, the Secreti, and the clock to find what has been lost for centuries. The final confrontation culminates behind the walls of the Vatican where the election of the next pope hangs in the balance" --