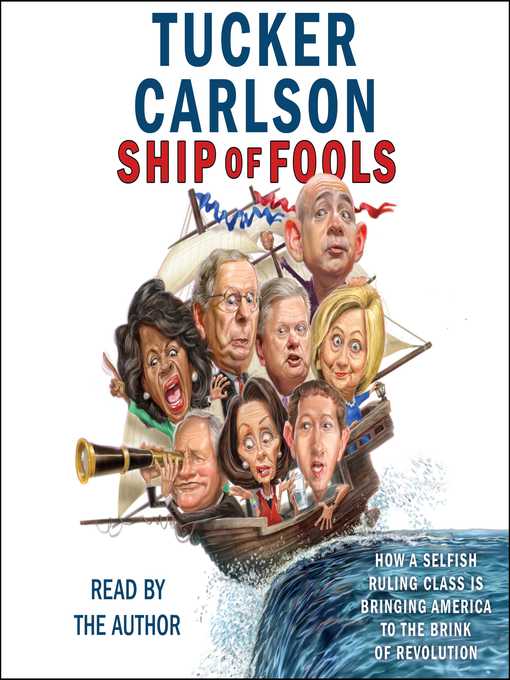 "The popular FOX News star of Tucker Carlson Tonight offers his signature fearless and funny political commentary on how America's ruling class has failed everyday Americans. "You look on in horror, helpless and desperate. You have nowhere to go. You're trapped on a ship of fools." --From the Introduction In Ship of Fools: How a Selfish Ruling Class is Bringing America to the Brink of Revolution, Tucker Carlson tells the truth about the new American elites, a group whose power and wealth has grown beyond imagination even as the rest of the country has withered. The people who run America now barely interact with it. They fly on their own planes, ski on their own mountains, watch sporting events far from the stands in sky boxes. They have total contempt for you. "They view America the way a private equity firm sizes up an aging conglomerate," Carlson writes, "as something outdated they can profit from. When it fails, they're gone." In Ship of Fools, Tucker Carlson offers a blistering critique of our new overlords. Traditional liberals are gone, he writes. The patchouli-scented hand-wringers who worried about whales and defended free speech have been replaced by globalists who hide their hard-edged economic agenda behind the smokescreen of identity politics. They'll outsource your job while lecturing you about transgender bathrooms. Left and right, Carlson says, are no longer meaningful categories in America. "The rift is between those who benefit from the status quo, and those who don't." Our leaders are fools, Carlson concludes, "unaware that they are captains of a sinking ship." But in the signature and witty style that viewers of Tucker Carlson Tonight have come to enjoy, his book answers the all-important question: How do we put the country back on course?"--