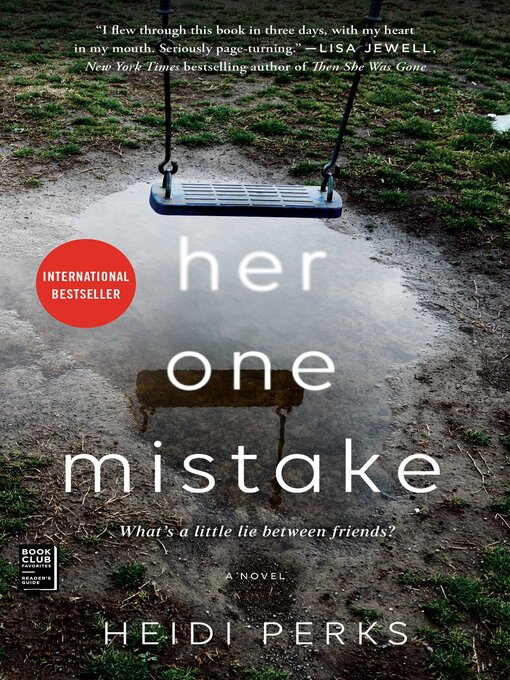 What should have been a fun-filled, carefree day takes a tragic turn for the worse for one mother when her best friend's child goes missing in this suspenseful, compulsively readable, and darkly twisted psychological thriller. It all started at the school fair... Charlotte was supposed to be looking after the children, and she swears she was. She only took her eyes off of them for one second. But when her three kids are all safe and sound at the school fair, and Alice, her best friend Harriet's daughter, is nowhere to be found, Charlotte panics. Frantically searching everywhere, Charlotte knows she must find the courage to tell Harriet that her beloved only child is missing. And admit that she has only herself to blame. Harriet, devastated by this unthinkable, unbearable loss, can no longer bring herself to speak to Charlotte again, much less trust her. Now more isolated than ever and struggling to keep her marriage afloat, Harriet believes nothing and no one. But as the police bear down on both women trying to piece together the puzzle of what happened to this little girl, dark secrets begin to surface{u2014}and Harriet discovers that confiding in Charlotte again may be the only thing that will reunite her with her daughter.... This breathless and fast-paced debut{u2014}perfect for fans of Big Little Lies and The Couple Next Door{u2014}takes you on a chilling journey that will keep you guessing until the very last page.