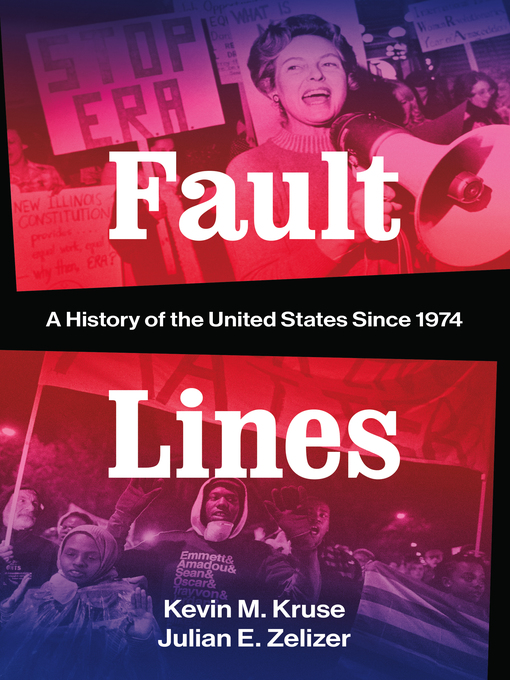 Fault lines A history of the United States since 1974

"A gripping and troubling account of the origins of our turbulent times." —Jill Lepore, author of These Truths: A History of the United StatesWhen—and how—did America become so polarized? In this masterful history, leading historians Kevin M. Kruse and Julian E. Zelizer uncover the origins of our current moment. It all starts in 1974 with the Watergate crisis, the OPEC oil embargo, desegregation busing riots in Boston, and the wind-down of the Vietnam War. What follows is the story of our own lifetimes. It is the story of ever-widening historical fault lines over economic inequality, race, gender, and sexual norms firing up a polarized political landscape. It is also the story of profound transformations of the media and our political system fueling the fire. Kruse and Zelizer's Fault Lines is a master class in national divisions nearly five decades in the making.