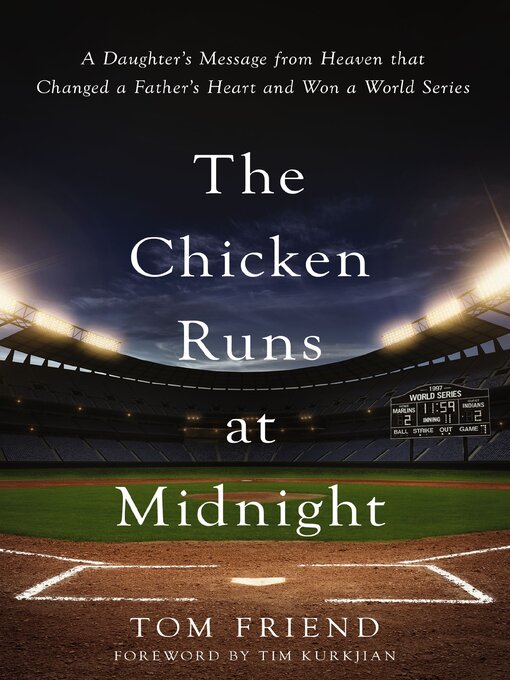 One of the most inspirational stories of sports and faith ever told, The Chicken Runs at Midnight introduces us to a Major League baseball coach whose dying daughter's words changed his heart for good - and reached him in a surprising way through a World Series sign from heaven.As a Major League Baseball coach, Rich Donnelly was dedicated, hardworking, and successful. But as a husband and father, he was distant, absent, and a failure. He'd let baseball take over his life, and as a result his family suffered. That is, until one day his daughter called with harrowing news."Dad, I have a brain tumor, and I'm sorry." These words from his seventeen-year-old daughter, Amy, turned his world upside-down. Now, more than ever, he was determined to put his family first.The time they spent together in the months before her death will be treasured and remembered forever, but especially the inside joke that became a catchphrase for the Donnelly family as well as the Pittsburgh Pirates team that played in the National League Championship Series that year: "The chicken runs at midnight."This book shares the heartwarming story behind the odd catchphrase - and how it still lives on as a symbol for never giving up—and proves that God can work in the life of any person, even through their mistakes and failures.Weaving baseball history with personal memoir, this book is one that will make you thrill to victory, believe in hope, stand up to cheer for what is good in peoples' lives. It's a powerful story of redemption and faith that reminds us that God can work in our lives even when we think it's too late to change - and sometimes He sends us signs from heaven if we only have eyes to see.