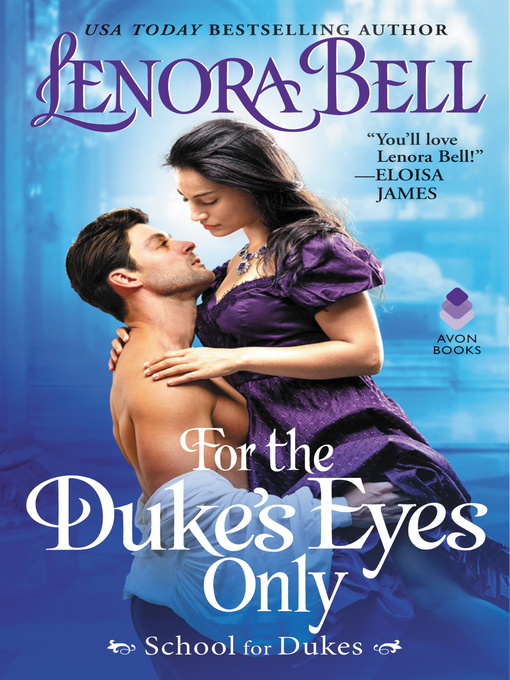 For the duke's eyes only

If adventure has a name...it must be Lady India Rochester. The intrepid archaeologist possesses a sharp blade and an even sharper knack for uncovering history's forgotten women. Unfortunately, she has one annoying weakness: the dangerously handsome Duke of Ravenwood. Former best friend. Current enemy. And the man who dared to break her heart.Daniel Bonds, the Duke of Ravenwood, is a thrill-seeking antiquities hunter who only plays by one rule: Never fall in love. He's in it for the fortune and glory. At least that's what he wants the world to think. He's sworn to hide his tangled web of secrets, especially from the one woman he cares about and will protect at any cost.But when a priceless relic is stolen from the British Museum, the rivals must align forces. Racing to recover the stolen antiquity and avert an international disaster? All in a day's work. Avoiding their buried feelings? More and more impossible. For love is about to become the greatest treasure of all.The grand adventure begins...now!