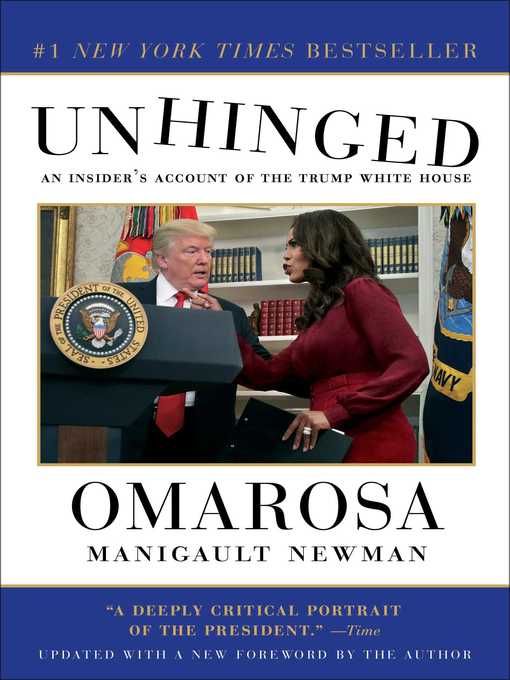 Unhinged an insider's account of the Trump White House

Former Director of Communications for the Office of Public Liaison in the Trump administration, Omarosa Manigault Newman discusses how her personal and professional relationships with Donald Trump have changed from the time she was a contestant on "The Apprentice" to her public ousting from White House.

Prologue: "The staff works for me, not the President."
Introduction: Loyalty over logic
Part one: The Apprentice years. "Make us proud" ; Winning bigly ; The ultimate merger ; Shattered
Part two: the campaign. The woman problem ; Winning votes and defeating opponents ; Unconventional standards ; Trump vs. Clinton ; Election day
Part three: The White House. The transition ; Tackled by my teammates ; "I think the president is losing it!" ; The unraveling ; The fall
Epilogue.