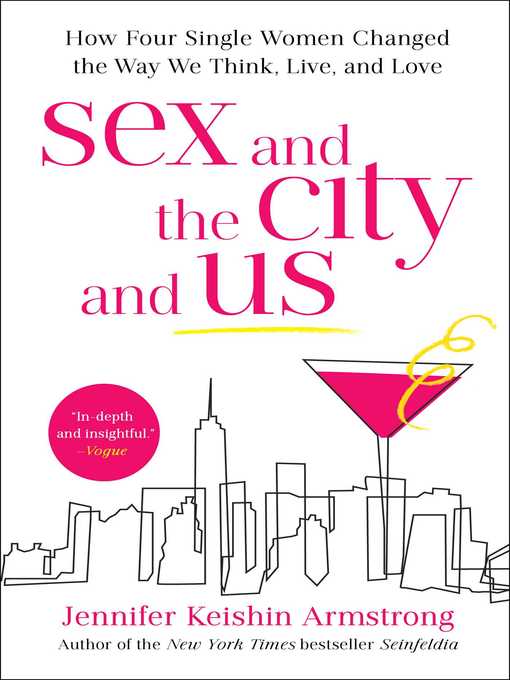 Sex and the city and us how four single women changed the way we think, live, and love

Coinciding with the twentieth anniversary of the iconic television series, Sex and the city and us tells the story of how a columnist, two gay men -- Darren Star and fellow executive producer Michael Patrick King -- and a writers' room full of women used their own poignant, hilarious, and humiliating stories to launch a cultural phenomenon. Featuring interviews with the cast and writers, including star Sarah Jessica Parker, Sex and the city and us presents a behind-the-scenes look at a TV series that changed the way women everywhere see themselves.

The real Carrie Bradshaw
A new kind of TV woman
Building Sex and the city's New York
The show everyone wants to live in
A very high altitude
Shopping and fucking
Van talk, real talk
9/11 hits home
Happy endings
Ever thine, ever mine, ever ours.