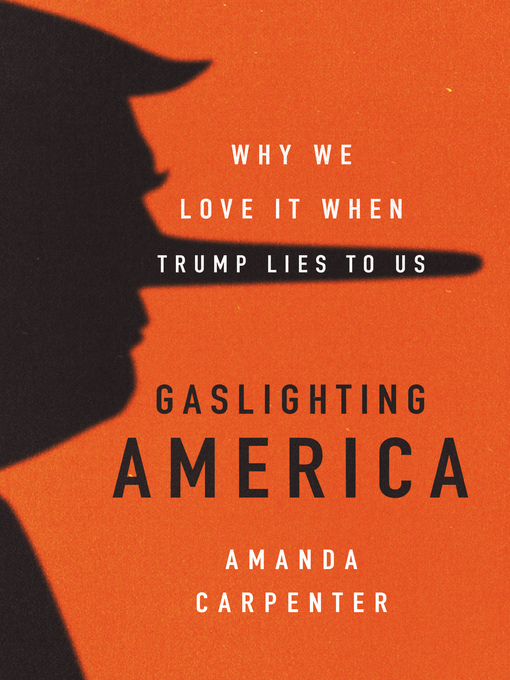 Gaslighting America why we love it when Trump lies to us

by Carpenter, Amanda B.,

A CNN contributor, former Ted Cruz staffer, and "Never Trump" adherent reveals a shocking truth: Donald Trump's lies and fabrications don't horrify America—they enthrall us—and explains how we can avoid falling for them."Can you believe what Donald Trump said?"In Gaslighting America, Carpenter breaks down Trump's formula, showing why it's practically foolproof, playing his victims, the media, the Democrats, and the Republican fence-sitters perfectly. She traces how this tactic started with Nixon, gained traction with Bill Clinton, and exploded under Trump. If you think Trump is driving you crazy, it's because he is. Now, in this urgent book, she explains how to withstand the fire.Where some people see lies, Trump's fierce followers see something different. A commitment to winning at all costs; there is nothing he could say that would erode their support at long as it's in the name of taking down his political enemies.His opponents on the left and right continue to act as if his fake narratives and conspiracy theories will bring him down, when in fact, they are the ruses that raised him up.As a conservative former staffer to a competing presidential campaign, Amanda Carpenter witnessed her fellow Republicans fall in line behind Trump. As a political commentator, she was publicly smeared by one of his supporters on live television without a shred of evidence supporting the allegations. Slowly, she watched her entire party succumb to Trump and become defenders of his tactics, and Gaslighting America may be the only hope to bring them back to reality.