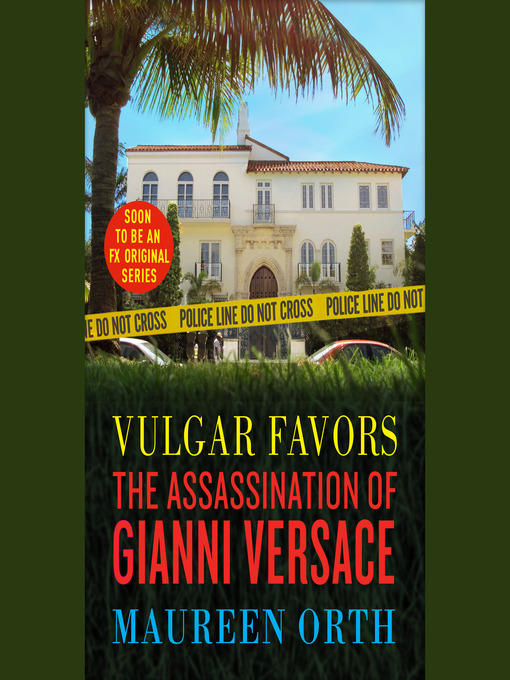 Vanity Fair special correspondent Maureen Orth offers a work of investigative journalism - a riveting account of a charming sociopath, his savage crimes and the mysteries he left along the way. Revealing the explosive story of Andrew Cunanan and his cross-country killing spree in its entirety, Vulgar Favors is a tale of lurid sex and family secrets, extravagant wealth and exploitative greed, international celebrity and overnight infamy that exposes underworlds all around us while dramatizing the human tragedies that brought them to sudden, shadowed light. Maureen Orth had just filed a major Vanity Fair story on Andrew Cunanan and his four murder victims when Gianni Versace was murdered in July 1997. When Miami detectives implicated the suspected serial killer in Versace's death, Orth made news with the startling revelation that the killer - already on the FBI's Ten Most Wanted list - wasn't a stranger to the superstar murder victim. As the world struggled to understand how the focus of a national manhunt could have gunned down a beloved celebrity in broad daylight, Cunanan continued to elude authorities despite steadily mounting pressure from both law enforcement and media. Cornered in Miami Beach, he escaped captivity only by taking his own life, never revealing what drove him to commit five murders in four states. Drawing on hundreds of interviews, unreleased records, and her own incomparable experience in the center of the media maelstrom, Orth now tells the complete story of a twisted killer, his unwitting victims, the moneyed, hedonistic worlds in which they lived and died, the failure of the nation's law enforcement agencies to apprehend the killer, and the mysteries that remain unsolved - if not suppressed - to this day.