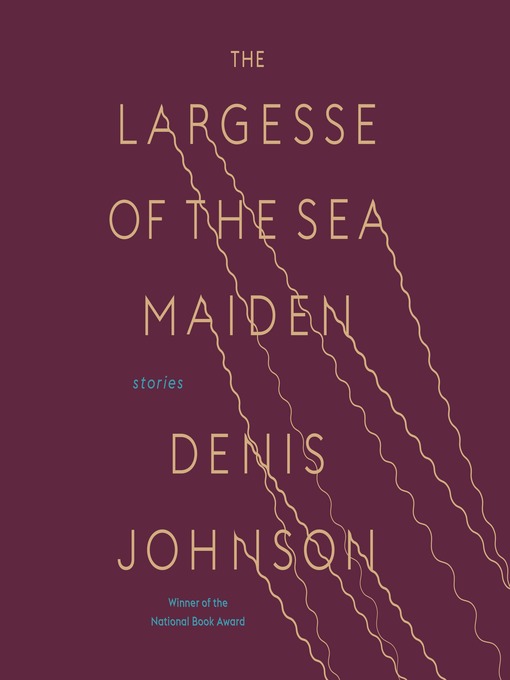 The largesse of the sea maiden stories

Twenty-five years after Jesus' Son, a haunting new collection of short stories on mortality and transcendence, from National Book Award winner and two-time Pulitzer Prize finalist Denis Johnson The Largesse of the Sea Maiden is the long-awaited new story collection from Denis Johnson. Written in the luminous prose that made him one of the most beloved and important writers of his generation, this collection finds Johnson in new territory, contemplating the ghosts of the past and the elusive and unexpected ways the mysteries of the universe assert themselves. Finished shortly before Johnson's death, this collection is the last word from a writer whose work will live on for many years to come.Audiobook Table of Contents:"The Largesse of the Sea Maiden," read by Nick Offerman "The Starlight on Idaho," read by Michael Shannon "Strangler Bob," read by Dermot Mulroney "Triumph Over the Grave," read by Will Patton "Doppelgänger, Poltergeist" read by Liev SchreiberAdvance praise for The Largesse of the Sea Maiden"Mesmerizing . . . psychologically revelatory, spiritually inquisitive, and grimly funny stories . . . Johnson will be remembered and revered as an incisive storyteller fluent in the comedy and tragedy of human confusion and the transcendence of compassion."—Booklist (starred review)"American literature suffered a serious loss with Johnson's death. These final stories underscore what we'll miss. . . . Johnson is best known for his writing about hard-luck cases—alcoholics, thieves, world-weary soldiers. But this final collection ranges up and down the class ladder; for Johnson, a sense of mortality and a struggle to make sense of our lives knew no demographic boundaries."—Kirkus Reviews (starred review)"An instant classic . . . A masterpiece of deep humanity and astonishing prose . . . It's filled with Johnson's unparalleled ability to inject humor, profundity, and beauty—often all three—into the dark and the mundane alike. These characters have been pushed toward the edge; through their searches for meaning or clawing just to hold on to life, Johnson is able to articulate what it means to be alive, and to have hope."—Publishers Weekly (starred review)